You’ve heard of invasive ants, but what about kidnapper ants? | Techilink 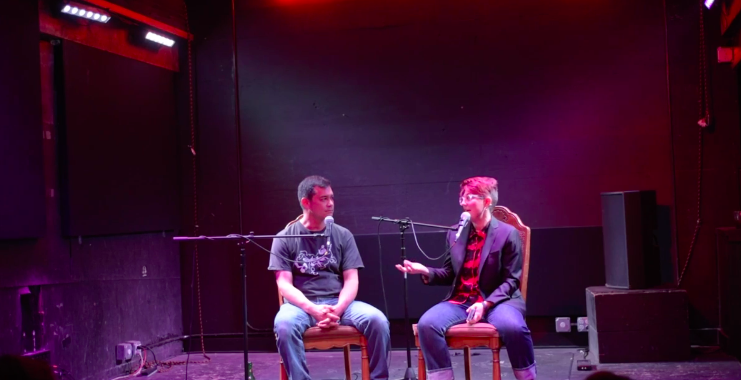 At Ars Technica Live this month, we had the pleasure of speaking with ecologist Neil Tsutsui. He runs the Tsutsui Lab at UC Berkeley, where researchers study the behavior and communication strategies of ants. In a way, Neil is trying to figure out how to talk to ants. Of course it’s a lot more complicated than that.

Ants “see” the world by using their antennae to smell and taste everything around them. To communicate with each other, ants use dozens of chemicals that are naturally excreted by their bodies. Sometimes they lay trails of pheromones to guide each other to food, and sometimes they put a drop of a chemical on a paw and wave it in the air until it evaporates and spreads to other ants on the wind.

Neil and his lab are at the forefront of cracking the ant code. They’ve figured out how to guide ants around by making a copy of the trace pheromone. They can scare ants by using alarm pheromones, and they’ve created “friend” pheromones that ants in the same colony use to recognize each other. But Neil and his colleagues can do even stranger things, like get ants to “pick up” a piece of Styrofoam by painting it with a grub scent. The confused ants think it is a larva that has escaped from the nest and race to bring it home.

Ultimately, however, the purpose of Neil’s work is not to mess with the minds of ants. He is interested in the behavior of ants and how these small animals work together to create eusocial colonies. We talked about different types of colony behavior and how there is a huge range of survival strategies among ants.

Argentine ants, the little brown-black invaders you’ve probably seen in your home, have many queens in each colony. But every year, a few months before the mating season, the worker bees kill about 95 percent of the queens. Nobody knows why. Even stranger is the behavior of “slave making ants,” otherwise known as kidnapper ants. These are ants that steal larvae from other ant colonies, raise them as their own, and then force them to do all the work in the nest. Then there are the vampire ants, which drink the blood of their larvae. From there we got into even weirder behavior and talked about how these strategies make sense from an evolutionary perspective.

We also discussed Neil’s interest in citizen science. He’s working on a series of projects called Backyard Biodiversity (you can join too!) in which participants collect insect samples, test natural ant repellents, and more. Researchers in his lab also lead small groups of citizen scientists on expeditions to use the iNaturalist app to record biodiversity in different regions.

Watch previous episodes of Ars Live here. If you’re in the Bay Area, come to Eli’s Mile High Club in Oakland every second Wednesday of the month.