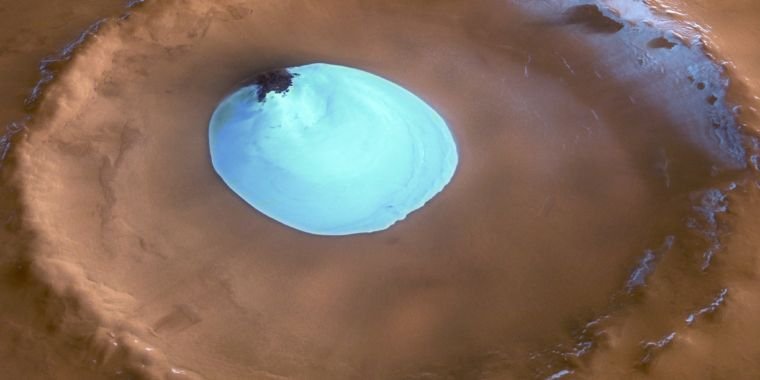 This week we all had a good laugh at the expense of Rep. Dana Rohrabacher (R-Calif.), who asked NASA scientists at a committee hearing whether it was possible that a civilization existed on Mars thousands of years ago. “Would you rule that out?” he asked. “Look, there are some people… Well, anyway.”

Rohrabacher is an interesting figure in Washington, whose once-idiosyncratic views seem largely in vogue with those of the new administration. Politics called Rohrabacher “Putin’s favorite congressman” in a mini-profile last year. Like Trump, the congressman has also called climate change a hoax. In a 2014 letter to President Obama, Rohrabacher wrote, “Mr. President, we both know that I called the theory of man-made global warming a ‘hoax,’ and yes, I once used the phrase ‘dinosaur flatulence’. used as a gentle jab against what I perceived as climate alarmism.”

So after Rohrabacher’s question — which seemed to be motivated by some arcane conspiracy theory given his use of “some people” — it was curious that one of his few defenders was a well-known climate scientist, Gavin Schmidt. “To be honest, NASA astrobiology is very interested in these (and similar) questions. I’m not sure why it shouldn’t be asked,” the NASA climate modeler wrote on Twitter.

It is true that some scientists have considered the possibility that a technological species could have existed in the solar system before the emergence of humanity on Earth. Last year, for example, Penn State astronomer Jason T. Wright wrote a paper discussing possible origins and locations for “technosignatures” of such a civilization. Other astronomers have suggested looking for lights on Kuiper belt objects that “could serve as a lamppost indicating the existence of extraterrestrial technologies and thus civilizations.”

In his review, Wright does not rule out the possibility of earlier technological civilizations on Earth, Venus, Mars, the icy moons of the outer solar system, and other locations. He then examines the likelihood that artifacts from those civilizations remain today (low on worlds like Venus and Earth, higher for places like Mars). Wright also considers why such past civilizations may not exist today.

“The most obvious answer is a catastrophe, whether it be a natural event, such as an extinction-level asteroid impact, or a self-inflicted event, such as a global climate catastrophe,” Wright argues. “In the case of an earlier spacefaring species that had settled in the solar system, such an event would only permanently extinct the species if there were many solar system disasters that were close together in time (a swarm of comets, or perhaps interplanetary warfare). ), or if the settlements were not completely self-sufficient. Alternatively, an unexpected nearby gamma-ray burst or supernova could cause solar system-wide disaster.”

It is clear that with this research we have moved far into the realm of speculation. While it is true that we have nothing but radar charts to explore the surface of Venus, humans have extensively explored our own planet and placed a number of rovers on the surface of Mars. Despite all this, there is not a shred of evidence that an advanced civilization has existed anywhere in the solar system other than Earth during the last few millennia.

From a purely scientific point of view, it is a perfectly reasonable question whether life existed elsewhere in the solar system, or still exists today. That is increasingly one of NASA’s raisons d’être. But when a congressman asks about such a civilization that existed thousands of years ago on Mars, and attributes the question to “some people,” it’s warranted to scrutinize the question.