Yes, a n00b like Angela could do what happened to Mr. Robot happened |Techilink 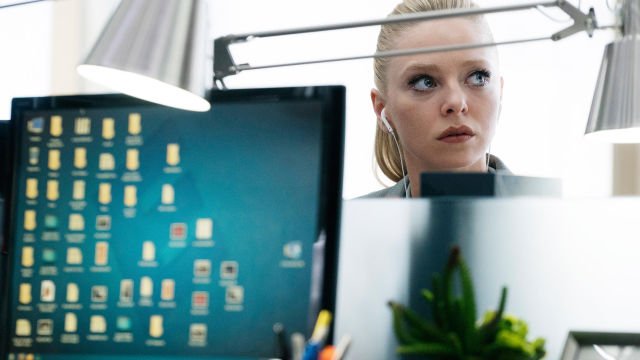 Warning: This piece contains minor spoilers for the most recent episode of Mr. Robot (S2E6)

The episode ends with a slight cliffhanger. As Angela continues to execute instructions pumped into her headphones from fsociety, the show’s new FBI character, Dom DiPierro, arrives next to her to request a quick interview. Until then, this new hacker had successfully socially engineered his way into an FBI room, executed a code in a bathroom cubicle, and then dropped a femtocell on an official workstation. For a show that is proud of itself So much about accuracy in hacking, is having a novice beat the FBI a step too far?

“Social engineering is a problem for everyone, whether you’re at your home and someone comes to visit or through something on the computer,” said Andre McGregor, the former FBI agent who advises for Mr Robot S2. “With the FBI, there’s a lot of security in FBI facilities that would make this very difficult. That being said, if you take those same FBI agents and put them in a non-FBI facility, you don’t get things like FBI cops, man traps or pads where you would have to use your card and a PIN to enter certain areas so I wouldn’t be surprised that Angela was able to find her way to the FBI while on an E-Corp floor if she was at the FBI tried to come, that would be a whole different story.

McGregor is now director of cybersecurity at Tanium, and he recently spoke at a webinar about how his security firm would provide real-world solutions to the hacks that Mr Robot (everything from ransomware to rogue device implants like last week’s femtocell exploit). Discussion early and often turned to behind-the-scenes details of McGregor and Tanium Chief Security Architect Ryan Kazanciyan, both of whom serve as technical consultants this season.

“I really like last week’s femtocell,” Kazanciyan said when discussing his favorite on-screen hack to date. He continued:

What’s fascinating is how they took something incredible, technically complex and turned it into a really fun heist scene. If you think about it, you have a rogue device with three different interfaces that all factor into the plot: the femtocell cellular interface that intercepts the FBI agents’ phones, you have the physical LAN interface that is used to make those connections bridging to the E-Corp network so that the phones connecting to the femtocell have a route and (it) also provides a pivot point to, as Darlene mentions, ultimately target the system for security recordings. She mentions that she therefore needs access to the device to run in the network. And the way Darlene accesses the device is via Wi-Fi with a cantenna, so that’s a third interface: the wireless LAN she needs to access it remotely. It’s cool to see how that was so balanced that the scene still moved at a fast pace and held the excitement.

While Angela’s intrusion is both technically and organizationally feasible, the scene ends with FBI Agent Dom sitting next to her as Angela types away. McGregor and Kazanciyan were adamant about avoiding spoilers, but McGregor reaffirmed that all of the FBI details depicted in the first half of S2 have been extremely accurate. He said even something as overlooked as set design falls into this category, and the depiction of an FBI office on the show is “almost identical to what you’d see with the New York FBI cyber team I worked on”. Given that, it’s probably safe to assume that what comes next for Dom and her colleagues will uphold the same standards.

“Working with Grace Gummer (who plays Dom) and helping her with how to hold a gun, enter a room, interview subjects, supervise — those little bits of accuracy make the show a hit not just with the general public. audience, but with FBI agents watching the show,” he said. “I got a message from one of the chiefs of unit at HQ last week. He said the way Dom’s character is portrayed is perfect and he was really happy about that… For me it was an opportunity to say ‘ this is what I’ve been doing every day for five years of my life and how do I make it look interesting on TV?’ I can’t, because 90 percent of my time as an FBI agent was pretty boring, but the other 10 percent — where you actually identify a subject, get a hold of them, arrest them, and then take them to court — was exciting. and you’ll see how my experience worked this season.”

McGregor also touched on a lingering question Ars readers had when he appeared on our Mr Robot podcast earlier this season. McGregor previously discussed how he helped write the ransomware hack set in this season’s second episode, but he said ransomware wasn’t the original idea (which forced him to team up with the show’s technical writer Kor Adana, quick rewrite). He hasn’t told Ars what the writers’ room original plan was, and it turns out he can’t.

“So the ransomware scene came alive when the set production said our previous hack idea was too expensive,” McGregor revealed. “I wish I could get into what was planned before the ransomware hack, but I can’t. It’s possible you’ll see it in a future season.”

Watch for more from McGregor and Kazanciyan’s webinar as decoded, Ars Technica’s Mr Robot podcast, continues this season. In the meantime, below is our most recent podcast (along with a Soundcloud playlist of all our episodes from the first half of Mr. Robot S2). If you have any feedback, ideas to share, or even questions for McGregor in the future, please get in touch via the comments section, on iTunes or via email.