Woman Takes Ancestry.com DNA Test And Finds Out Her Real Dad Is Her Mom’s Doctor | Techilink 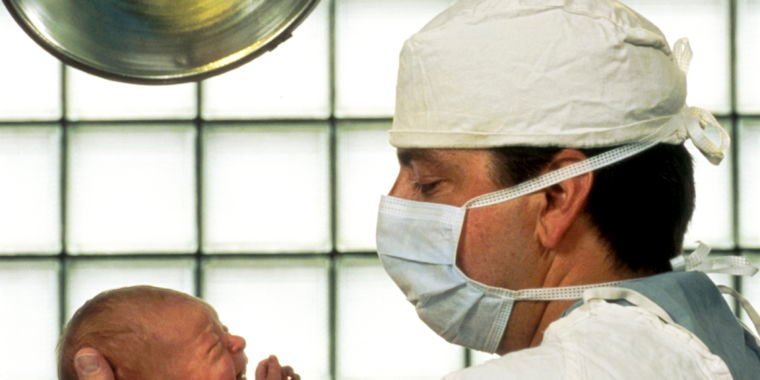 There are many reasons to avoid the plethora of direct-to-consumer DNA tests on the market today. Recent data suggests that many may produce alarming false positives for disease risk, while others claiming to predict things like athletic abilities and wine preferences are simply questionable. Another, perhaps less common, concern is that a genetic analysis at home can reveal completely unexpected, deeply disturbing information that you just can’t prepare for.

Such was the case for Kelli Rowlette (née Fowler), Washington State, who took a DNA test with the popular site Ancestry.com in July 2017.

Rowlette probably expected to discover new details about her distant ancestors, but instead found that her DNA sample matched that of a doctor in Idaho. Ancestry.com’s analysis predicted a “parent-child” relationship. Confused and in disbelief, Rowlette passed on the findings to her parents, Sally Ashby and Howard Fowler. According to a lawsuit the family filed in the U.S. District Court of Idaho, she told her parents she was disappointed that the results were so unreliable.

Little did she know that her parents — who previously lived in Idaho — were having trouble conceiving her and in 1980 underwent an unusual fertility procedure with a doctor near their home in Idaho Falls. That doctor’s name was Gerald E. Mortimer – who happened to have a DNA sample at Ancestry.com that matched Rowlette’s.

In 1980, Ashby and Fowler became patients of Mortimer after unsuccessful attempts to conceive. Ashby was diagnosed with a tipped uterus, while Fowler is said to have low sperm count and low sperm mobility. The couple agreed to a fertility procedure in which Mortimer said he would mix Fowler’s sperm with donor sperm at an 85 to 15 percent ratio. The doctor would then use that mixture to inseminate Ashby, which he did in several procedures in June, July and August 1980.

Ashby and Fowler agreed to that plan, assuming the donor sperm used would come from an anonymous donor who met their exact specifications. They wanted the sperm to come from a college student who looked like Fowler. Specifically, he is said to have brown hair and blue eyes and be over six feet tall. Mortimer assured the couple that the donor sperm came from such an anonymous match.

The doctor continued to provide medical care to Ashby for years, during which time the couple conceived a second child naturally. In the end, the couple decided to move to Washington state. When Ashby told Mortimer about the impending move, he wept, the lawsuit shows, suggesting that he was aware that Rowlette was his biological child and that he was saddened to be separated from her and the family.

When Rowlette first mentioned the surprising DNA results in July 2017, her parents were devastated but “labored painfully” to tell their daughter the truth. It turned out they didn’t have to. In October, Rowlette came across her birth certificate while helping her father clean. The certificate bore Mortimer’s name, which Rowlette recognized from Ancestry.com results.

Rowlette, Ashby and Fowler are suing Mortimer and his practice, Obstetrics and Gynecology Associates of Idaho Falls (OGA), for more than $75,000. The suit accuses Mortimer of medical negligence, fraud, battery, willful infliction of emotional distress, and breach of contract.

Ars contacted OGA, from which Mortimer has now retired. In a statement, OGA said none of the current providers were part of the practice during the time Ashby and Fowler received care there. Now, health care providers are committed to “diligently providing care to their patients that is consistent with health care standards.”

In a statement to the media, Ancestry.com wrote:

We make every effort to provide the most accurate results, but this can allow people to discover unexpected connections. With Ancestry, customers retain ownership and control of their DNA data. Anyone taking a test can change their DNA Matching settings at any time, which means that if they unsubscribe, their profile and relationship will not be visible to other customers.