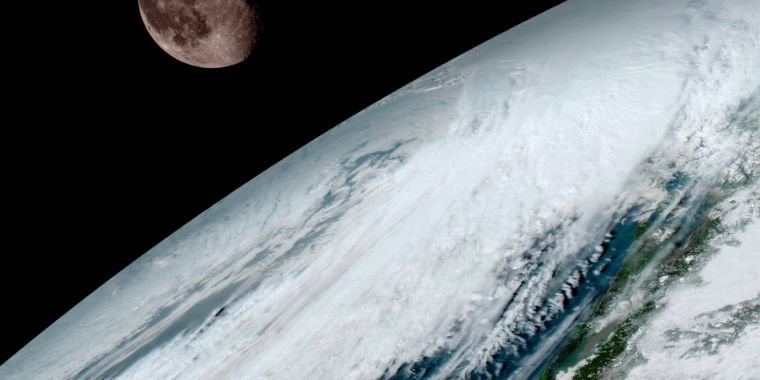 In November, the most expensive and advanced weather satellite ever built in the United States was launched and then spent several weeks reaching geostationary orbit nearly 36,000 km from Earth. After some initial diagnostics, scientists from the National Oceanic and Atmospheric Administration turned on the GOES-16 satellite (GOES stands for “Geostationary Operational Environmental Satellite”) and began taking pictures of Earth.

On Monday, the agency released the first photos taken by GOES-16 — and will they ever deliver the goods. “These images come from the most advanced technology ever flown in space to predict severe weather on Earth,” said Stephen Volz, director of NOAA’s Satellite and Information Service. “The fantastically rich images give us a first glimpse of the impact GOES-16 will have on developing life-saving predictions.” The satellite will undergo further testing in the coming months before being fully operational in November.

This is the first of four spacecraft in NOAA’s GOES-R series, and the spacecraft is estimated to cost approximately $11 billion through 2035. The satellite will have three times as many data channels as its most immediate predecessor, the GOES 15 that was launched in 2010. The GOES-R enhances any current GOES satellite product and adds new information about lightning, smoke, fires and volcanic ash, among others. The additional data should improve both real-time forecasting of severe weather events, and improve data captured by global computer models that provide the baseline output for 5- and 10-day forecasts.

The satellite’s primary camera, the Advanced Baseline Imager, produced the images released Monday. It can view Earth from 16 different spectral bands, compared to five on the current generation of GOES satellites. The camera has a resolution of about 0.5 km, compared to 1.0 km, and can image areas of interest such as major thunderstorms or hurricanes every 30 to 60 seconds, compared to every 15 minutes of existing geosynchronous satellites.