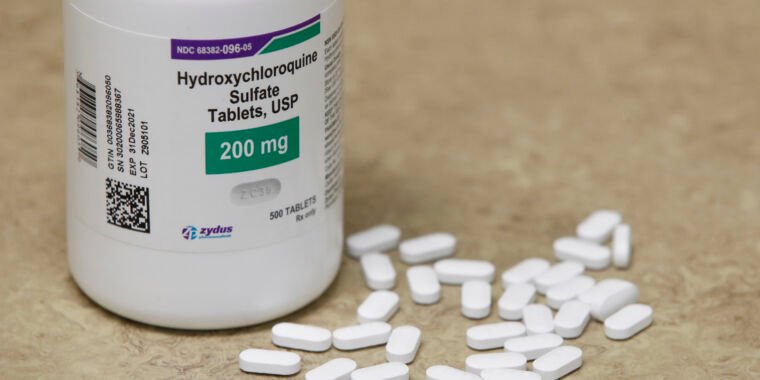 The medical journal Lancet announced on Thursday the withdrawal of a dubious study suggesting that the antimalarials chloroquine and hydroxychloroquine significantly increased the risk of death and heart rhythm complications in hospitalized COVID-19 patients worldwide.

Three of the study’s four authors made the decision to withdraw from the study after they were unable to independently verify the data used for their analysis. The data was provided by an obscure data analytics company, Surgisphere, which is run by the study’s fourth author, Sapan S Desai, who did not appear to agree to the withdrawal.

The three authors who withdrew, Mandeep R. Mehra of Harvard, Frank Ruschitzka of University Hospital Zurich and Amit Patel of the University of Utah, said in their withdrawal statement that Surgisphere declined to provide the full dataset and an audit report of its servers for a independent peer review. “Based on this development, we can no longer vouch for the veracity of the primary data sources,” it wrote.

They closed the withdrawals with an apology:

We have all entered into this partnership to contribute in good faith and at a time of dire need during the COVID-19 pandemic. We sincerely apologize to you, the editors and readers of the magazine for any embarrassment or inconvenience this may have caused.

In a linked statement, The Lancet called for a prompt investigation into Surgisphere, saying:

The Lancet takes issues of scientific integrity very seriously and there are many open questions about Surgisphere and the data reportedly included in this study. Following guidelines from the Committee on Publication Ethics (COPE) and International Committee of Medical Journal Editors (ICMJE), institutional reviews of Surgisphere’s research collaborations are urgently needed.

The Lancet study gained attention and claimed to have detailed data on more than 96,000 COVID-19 patients, collected from electronic health records of hospitals on six continents. And the analysis of that data was surprising: Patients who received chloroquine or hydroxychloroquine were up to 45 percent more likely to die and up to 411 percent more likely to have serious arrhythmias (known complications of the drugs).

The findings caused regulatory authorities to change their guidelines on how to use the drugs and prompted the World Health Organization to suspend the use of hydroxychloroquine in its global Solidarity Trial.

But outside experts soon raised numerous questions about the quality and accuracy of the obscure data, which Surgisphere refused to share. Media investigations subsequently uncovered quirks in the company’s previous work: selling medical textbooks with fake reviews and closing a medical journal it claimed was famous.

In a May 29 response to inquiries, Surgisphere released a statement on its website stating that it would submit to an independent audit.

Surgisphere did not immediately respond to a request for comment from Ars. This post will be updated with any additional comments.

In the meantime, WHO announced on Wednesday that it had resumed the trial of hydroxychloroquine after reviewing the data and finding no problems.

Update: 6/4/2020, 4:30 PM ET: A second COVID-19-related study based on Surgisphere data has now been retracted. The study, published in The New England Journal of Medicine, looked at the effect of pre-existing use of angiotensin-converting enzyme (ACE) inhibitors and angiotensin receptor blockers (ARBs) in COVID-19 patients. As in the case of the Lancet study, the authors reported: “Because not all authors were given access to the raw data and the raw data could not be made available to a third-party auditor, we are unable to validate the primary data. . sources underlying our article.”