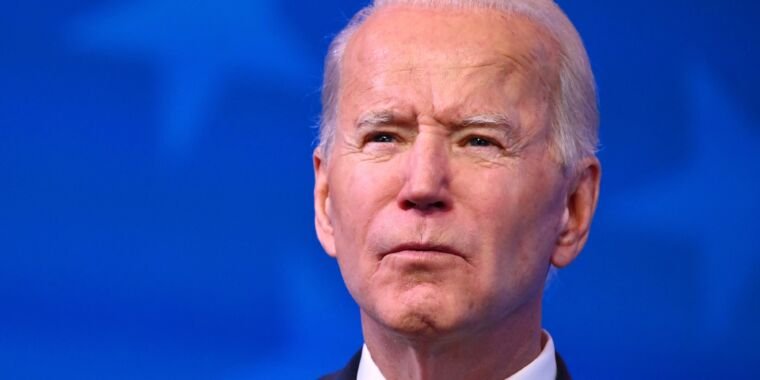 President-elect Joe Biden on Friday unveiled a five-point plan to try to save the country’s beleaguered COVID-19 vaccination campaign and reach his stated goal of hitting 100 million shots in his first 100 days in office.

Briefly, the five steps include:

“The vaccine rollout in the United States has so far been a dismal failure,” Biden said in a speech. These five things are an attempt to turn things around, to “turn frustration into motivation.”

Given the fumbles so far, Biden was skeptical about reaching 100 million shots in 100 days. “Is it attainable? It’s a legitimate question to ask,” Biden said. “Let me be clear, I am convinced that we can make it happen. And this is a time to set big goals… because the health of the nation is literally at stake.”

Still, his five-point plan raises some immediate questions. For starters, making the vaccine available to more people — including those 65 and older and essential workers such as teachers, first responders and store clerks — is an idea introduced by the Trump administration earlier this week. That idea quickly caused chaos. In recent days, many states have reported being overwhelmed by the demand for their limited vaccine supply.

Biden seemed to acknowledge the problem, saying: “It doesn’t mean everyone in this group will be vaccinated immediately because the stock is not where it needs to be. But it will mean that as vaccines become available, they will reach more people who need them.”

It’s unclear how the Biden administration will help states prioritize this large swath of the population and maintain order as vaccine allocations are handed out.

Increasing vaccination sites and enlisting more pharmacies to deliver vaccines are other strategies put forth by the Trump administration. But Biden said his team had already started “productive conversations” with state and local leaders about where to set up new vaccination sites. In his address, the president-elect set a goal to work with the Federal Emergency Management Agency (FEMA) to set up the first 100 federally supported vaccination centers by the end of his first month in office. He also said the government will have mobile clinics that will move from community to community to reach the hardest hit and hardest to reach people.

Get through it together

In the fourth point of the plan, Biden reiterated his plan to use the Defense Production Act to ramp up the manufacturing materials needed to supply and administer the vaccine, such as syringes and personal protective equipment for vaccine suppliers.

Biden also reiterated his intention to release the “vast majority” of vaccine doses when available. The plan was to reverse the Trump administration’s policy of holding back 50 percent of vaccine stocks to reserve them for second doses of the two-dose regimens. However, according to a report in the Washington Post Friday morning, the Trump administration has already released its stockpile. Biden did not comment on the news whether his plans will be affected as there are no more reserves to boost the current vaccine allocation.

“I know it has become a partisan issue,” he said, referring to wearing masks. “But what a stupid, stupid thing to let happen,” Biden said, calling a mask an “act of patriotism.”

He continued: It was “shocking” to see members of the Republican Congress refusing to wear masks while settling in a safe location during the January 6 uprising. ‘What the hell is wrong with them? It’s time to grow up,” Biden said.

He stressed that while the government works to rectify the vaccination campaign, Americans must continue to follow the same public health guidelines, such as hand washing, physical distancing and masking.

“The only way we’re going to get through this is if we come out of it together as Americans,” Biden said.

The president-elect called on Congress to help fund his efforts to establish the federal vaccination program. In his US bailout plan, unveiled Thursday night, Biden asked for more than $400 billion to contain COVID-19 and reopen schools.