With so much Samsung drama behind the scenes, maybe NBC can make a TV series |Techilink 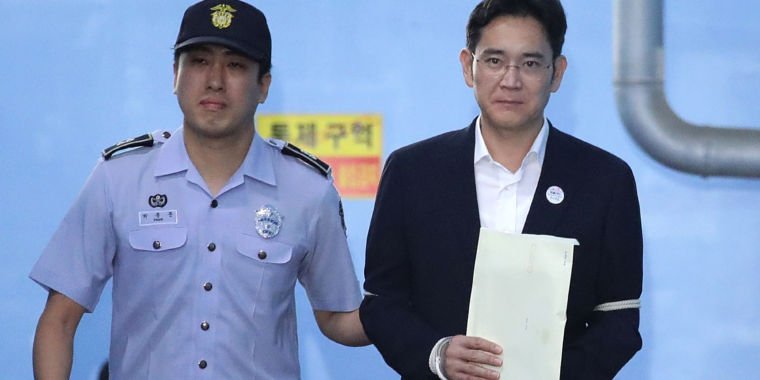 Sleepy Hollow showrunner Albert Kim will be working on an untitled family drama for NBC with a cast made up almost entirely of Asian actors, The Hollywood Reporter reported today. While no pilot order has yet been placed, the announcement is significant given recent studies on the lack of Asian-American representation on TV (Masters of Nothing, Dr. Ken, and Hot off the press represented the first three Asian-American-led shows since 1994, Deadline noted).

However, the new project attracted another reason: its subject matter. According to THR, the project is loosely inspired by real-world drama familiar to viewers in the tech industry.

The self-titled drama centers on a family-owned Korean electronics company who is shocked when its CEO dies on the eve of the launch of their US subsidiary, with his will revealing the existence of a previously unknown heir. site. “Kim based the original concept on Korean chaebolsmultinational corporate conglomerates like Samsung run by one-minded families who often go through succession drama.”

The real Samsung has long been run by the Lee family, and the Lee family has long been involved in some very public issues. The current chairman of the Samsung group, Lee Kun-hee, has held this position since 1987, when his father (company founder Lee Byung-chul) passed away. Lee Kun-hee was convicted in 1996 for bribery and in 2009 for tax evasion and breach of trust, but in both cases he was never arrested or in prison. Later, his criminal record was cleared by presidential pardon.

More recently, Lee Kun-hee resigned in 2008 after a slush fund scandal, only to return two years later. A heart attack in 2014 has sidelined him ever since, but his son Lee Jae-yong then became the acting head of the company. (Lee Kun-hee retains title today.)

Lee Jae-yong soon found his own way in trouble. Last January, South Korean prosecutors attempted to arrest Samsung’s vice chairman on formal corruption charges. Lee was charged with paying bribes to a nonprofit associated with the soon-to-be-indicted South Korean president in exchange for approving a merger of two Samsung Group affiliates — Cheil Industries and Samsung C&T — in 2015. The prosecutor’s office estimated that the total size of the alleged bribes was ₩43 billion ($36 million).

Lee was soon taken into custody and then charged in February along with other company executives. In August, after a six-month trial, a South Korean court convicted 49-year-old Lee of corruption, perjury, embezzlement and hiding assets outside of South Korea. He was sentenced to five years in prison. The news came two days after Samsung unveiled its new flagship mobile phone, the Note8 (the successor to the also drama-shrouded Note7).

Given all the real fodder (including South Korea’s new president Moon Jae-in, who runs on a platform to control family-owned corporate conglomerates), Kim and NBC will be nothing if not on time if the project comes to fruition. coming.