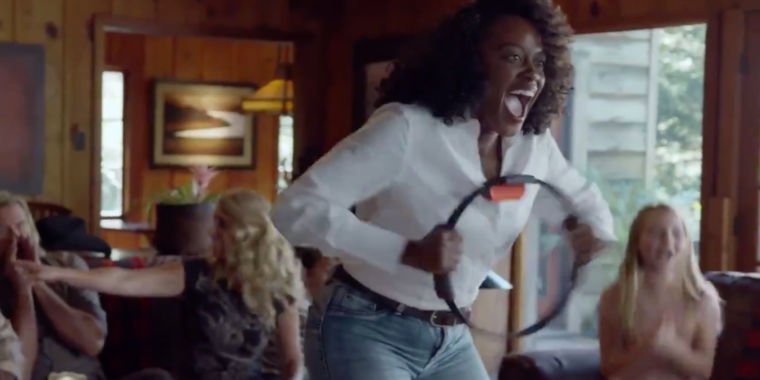 Remember the Wii Fit Balance board? Twelve years ago, Nintendo released a device that looked like a scale, but actually acted as a relatively sensitive controller that responded to subtle weight shifts in specially designed games. Nintendo has sold at least 22 million of the suckers to health-conscious gamers, 99.9% of whom have undoubtedly put their Balance Boards in a closet or donation bin by now.

Fast forward to today, and Nintendo is once again teasing another entry into the fitness game. In a short video late Thursday tweetedthe company showed off a flexible black plastic ring and accompanying leg strap, both of which are apparently integrated with Switch Joy-Cons to measure your movement in a number of ways.

Check out this first look at a new experience for #NintendoSwitch† Stay tuned for more details on 9/12. pic.twitter.com/SUXn4CQpP8

The as-yet-unnamed ring appears to contain two rubber grips on either side and two connection slots for a Joy-Con. Stretching the ring in one direction flattens the ring slightly in the other direction, turning the ring into an oval and seemingly increasing the physical resistance needed to stretch further. An accompanying holster wraps around the leg and holds another Joy-Con, presumably to measure leg angle and speed of movement.

The video shows an international crew of health freaks doing everything from running and dancing in place, to yoga-style positioning, to thigh-style leg squeezes, to Pilates-style leg lifts, to overhead stretches, to imitation hula dances and weightlifting. with the mysterious device. At one point, a player yells at his character who does a backflip in response to the device’s movement.

This new health-focused effort brings to life Nintendo’s earlier announcement – now five years old – of a focus on “quality of life” tools designed to “allow people to monitor their health and provide them with appropriate proposals.” ‘. The only previous example of a real product in that line, a planned Nintendo sleep monitor, was eventually scrapped years after it was announced. But Nintendo has shown an interest in getting gamers moving since the 1988 release of the Power Pad for the original NES.

Nintendo’s tweet promises more details about its Switch practice ring on September 12. For now, enjoy the video and the gallery above with the next gaming health device that will no doubt be gathering dust in your closet in a few years.