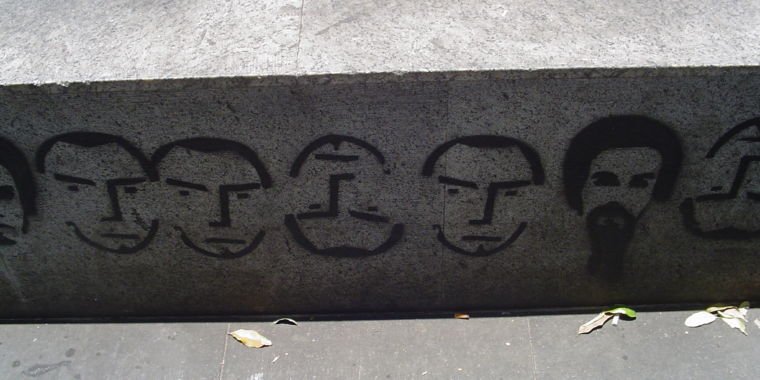 The Industrial Revolution was a dizzying time. People moved from small outposts to big cities; they crossed borders and settled far from their roots. Society had been so much simpler over the past few million years, when everyone lived mostly in tribal groups. These were essentially extended families where you knew or knew someone you could potentially run into, and so you could easily discern their behavior and intentions. Now, however, we must quickly and reliably distinguish friend from foe, at a time when so many people look like this different yours.

Hence, the 19th century was the golden age of a pseudoscience known as physiognomy. “The physiognomists promised an easy way to solve the problem of understanding other people,” writes Alexander Todorov, a psychology professor at Princeton, by “knowing them by their faces.” Physiotherapists have proposed and promoted rules about how facial features and structures revealed character traits and abilities.

Professor Todorov’s new book, Face value: The irresistible influence of first impressions, is about much more than 19th century pseudoscience. It is more generally about first impressions. We all form them instantly – within 30 to 40 milliseconds, before we can consciously register that we even see a face. And we start exceptionally early, probably around seven months of age. We also seem to agree on these impressions, which is what makes the promise of the physiognomists so attractive.

Yet this agreement does not make our first impressions any more accurate than the claims of the physiognomists. (They clearly felt that the features of European faces embodied intelligence and moral qualities.) So the problem with an impression is that by definition it cannot be an inherent property of a separate subject. It needs an item. It’s the mark made when one thing is impressed another, such as the one made when a coin is pressed into a piece of clay and then removed. So other people’s faces are more like mirrors that reflect our own prejudices than windows that reveal the inner lives of their owners; the first impressions we make of other people based on their faces say more about us than about them.

According to Todorov, we evaluate faces by placing them on a grid with two axes: goodness and strength. Faces with more goodness are considered trustworthy and those with more power are considered dominant. In Nominal value, he discovers that faces ranked as trustworthy are also happy faces, as opposed to angry faces. So we judge the basic (trustworthiness)worthiness of people based on their emotional state, which is (a) fleeting by nature and (b) universal, in that happiness is experienced by everyone from time to time.

Our confidence in happy faces may not be surprising, and it may even be wise for the foreseeable future. But it’s hardly fair, and it’s certainly not time accurate. And it bodes extremely badly for people with a “resting bitch face.”

Luck isn’t the only factor that makes a positive first impression. Familiarity is also important. “We tend to distrust atypical faces,” writes Todorov. “We trust those who look like members of our own tribe.”

Nominal value is a fun, fast, easy to read, full of interesting tidbits. Here are a few: Francis Galton, Charles Darwin’s cousin, coined the phrase “nature versus nurture.” An increased contrast between the eyes and mouth and the rest of the face makes a face more feminine, which is why women wear make-up. Mona Lisa’s smile appears when we look at her eyes, when her mouth is in our peripheral vision.

The book is also full of great photos, such as the composite image of the faces of Ronald Reagan and Leonid Brezhnev, as well as a photo that shows the top of Justin Bieber’s face fitting into the bottom of Beyoncé’s. Todorov’s findings and his research methodology make for fascinating reading.

Todorov also mentions that, in our uncertain times, new physiognomists now claim to be able to gauge a person’s religion, politics, and sexuality through objective measurements such as the width-to-height ratio of the face (that is, the ratio of the distance between the right – and left cheekbones to the distance between the eyebrows and upper lip). The appeal of their claims is no less seductive now than it was 150 years ago. And their claims are no more true now than they were then.