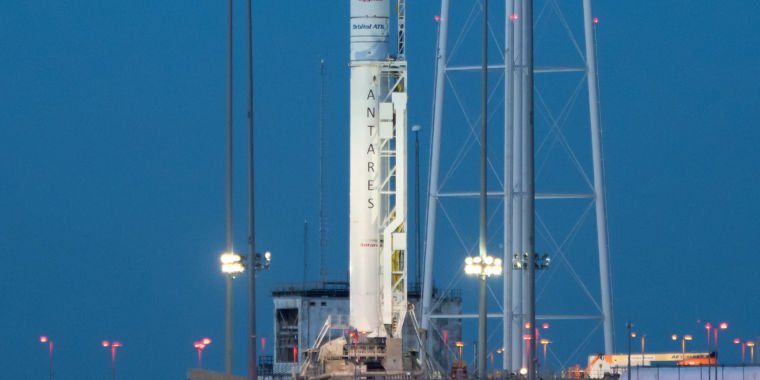 As one of two partners in NASA’s commercial cargo program to deliver supplies to the International Space Station, Orbital ATK has received significantly less attention than its other provider, SpaceX. And as Orbital ATK prepares for its second launch attempt in more than three years from its home base of Wallops Flight Facility, Virginia, it’s worth thinking about why.

First, a few launch details: At 7:37 a.m. ET on Saturday, Orbital ATK will attempt to launch its Cygnus spacecraft aboard an expendable Antares rocket. The spacecraft will carry 3,338 kg of cargo to the space station. The launch from Wallops Flight Facility will be at least partially visible from most of the US East Coast, with excellent weather conditions predicted.

When NASA established the commercial cargo program more than a decade ago, one of its main goals was to encourage “private sector efforts to develop and operate safe, reliable, and cost-effective commercial space transportation systems.” In other words, helping private companies build cheaper rockets would benefit not only NASA, but the wider aerospace community as well. NASA hoped to boost aerospace entrepreneurs.

With SpaceX, NASA has succeeded in this. A recent report from a NASA cost analyst found that the space agency’s modest $140 million investment in June this year in SpaceX’s Falcon 9 has led that company to launch more than 20 payloads for private customers — launches that would otherwise be nearly would certainly have disappeared to foreign providers. As SpaceX ramps up its launch cadence, that number of commercial launches will only increase and should lead to the United States capturing an increasing share of the global launch market.

For Orbital ATK, the story was less satisfying. The launch cost per kilogram is about 50 percent higher than SpaceX’s, according to the cost analysis. Perhaps that’s why Orbital ATK has not yet used its Antares rocket for non-NASA purposes. The Antares booster has launched six times: one was a test flight; one was a demonstration flight for NASA; three times the spacecraft has delivered cargo to the station; and once the rocket exploded shortly after launch.

Orbital ATK is chasing non-NASA customers for the Antares rocket, but the company has yet to officially sign one up. One reason is that the rocket has a relatively small 12-foot fairing that limits the size of what it can carry into space. And because Orbital ATK only launches from Wallops, the rocket cannot reach the desired polar orbits or geostationary orbit.

The recent economic analysis of commercial cargo services explained the difference between a commercial success like the Falcon 9 and a missile used only by the US government: economic benefits dwarfing government spending, upfront or recurring. Achieving this easily traceable U.S. economic advantage is mathematically impossible with a system developed and used only by the government.”

Orbital ATK has also had trouble finding motors for its rocket. The original Antares booster used remanufactured NK-33 engines, which were produced about four decades ago. It is likely that errors in the manufacturing of these engines caused the Antares rocket to explode 15 seconds after launch in October 2014 during a NASA resupply mission.

During downtime following the 2014 accident, Orbital ATK contracted with United Launch Alliance for its Atlas V rocket to launch the Cygnus spacecraft into orbit. These missions went off without a hitch, but like the Antares launch vehicle, the Atlas V rocket uses Russian engines rather than those designed and manufactured in the United States.