Why Forecasters Are So Concerned About Hurricane Irma | Techilink 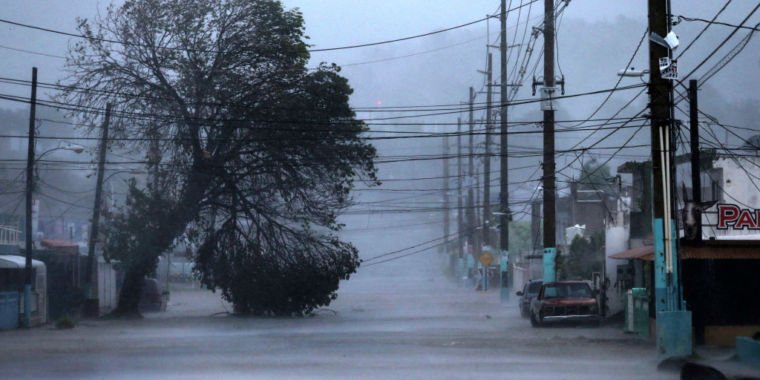 As of Thursday morning, Hurricane Irma, with a speed of 180 mph, still poses a serious threat to the southeastern United States. The best available models continue to suggest that this is likely to become a historically severe storm for much of the southern half of Florida.

There remains a chance that Irma will turn north before reaching Florida and move east of the peninsula, leaving the state on the drier side of the storm, with less wind and waves. But a 30 to 40 percent chance is not something we would gamble our lives and property on. If there is an evacuation order for your area, listen to it.

You may have noticed that some people are freaking out a bit about Irma, and we expect that to only get worse as the storm approaches Florida this weekend. And while it’s certainly better to prepare for a hurricane than to panic, there are some pretty legitimate reasons for extreme concern.

Hurricanes feed on warm water at the surface of the ocean – the greater the temperature difference between the surface and mid-levels of the atmosphere, the more potential energy a storm has. In general, a sea surface temperature of about 26.5 degrees Celsius is warm enough to make hurricanes stronger.

Unfortunately, for the next two or three days, Irma will pass over an ocean area just north of the Caribbean Sea that is even warmer than the waters it is currently crossing. In fact, the waters between Cuba and the Bahamas are warmer than 30 degrees Celsius.

Frankly, hurricane scientists don’t fully understand the processes by which hurricanes change their intensity. We broadly understand that storms need warm water to form and grow stronger, and that factors such as strong wind shear can break them apart.

Wind shear measures the difference in wind speed and direction at different levels of the atmosphere. Usually it is measured in knots, and for tropical cyclones, wind shear of 20 knots and above is unfavorable to development, with larger amounts tearing storms apart. Unfortunately, the current wind shear environment along Irma’s path favors storm organization. Wind shear may increase as the storm approaches Florida’s southern coast, but by then it may be too late to matter much.

The official forecast weakens Irma slightly over the next three days (she will make landfall as a hurricane with a speed of 150 mph), and this is because some of the intensity models show such weakening. Also, forecasters have historically never seen a storm sustain such intense winds of 170 or 180 mph for several days in a row. Storms go through a process known as an eyewall replacement cycle, which leads to some fluctuations in intensity.

Frankly, though, it doesn’t really matter if Irma is 150, 160, or 170 mph when it lands in South Florida. It will cause widespread, significant damage with its large field of hurricane-force winds.

The early damage reports on the Caribbean islands in the northeastern Caribbean Sea are sobering. The small island of Barbuda, which received a direct hit, reported that nearly 100 percent of its structures were severely damaged or completely destroyed. Some say the island is “barely habitable”.

On Wednesday, the storm moved into northern Puerto Rico, close enough to cause serious damage. Later on Thursday, it should move almost directly over the popular tourist destination of Turks and Caicos, as well as some of the islands of the Bahamas. The early photos of these storms provide a sober reminder of the destructive potential of such a hurricane.

Hurricane expert Phil Klotzbach is keeping a running tally of the meteorological records set by Hurricane Irma as it moves across the Atlantic toward Florida. According to Klotzbach, Irma has posted the following figures up to and including Wednesday evening:

Much will be said about Irma and climate change in the coming days. Certainly, warmer seas make the high-end intensification of such systems more likely. However, it is not possible to determine exactly how much, nor is it accurate to say that climate change “caused” Irma. Most likely it caused Irma to get worse. Finally, it’s worth noting that much of the above data has only been recorded since the beginning of the satellite age, when scientists could continuously monitor storms at sea.

Despite some notable exceptions, such as Hurricane Sandy in 2012, the United States has experienced a relatively calm period over the past decade with significant hurricane landfalls. That is now over. It seems plausible that the country’s two strongest storms on record — Harvey and Irma — could come within the same year. Please consider helping those in need in the coming weeks and months.