Why aren’t there more “adult” games for Nintendo Switch? |Techilink 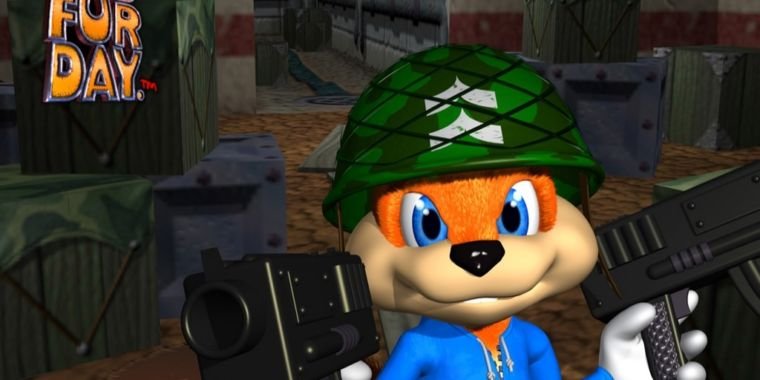 Since removing the blood in the original Mortal Kombat on the Super NES, Nintendo has earned its image as the family-friendly alternative to the more sex-and-violence-steeped console competition. New reporting from The Wall Street Journal suggests Nintendo is working on changing that with the Switch, but such an effort will be an uphill climb that could use more direct help from Nintendo.

In conversation with some developers, the WSJTakashi Mochizuki reports that Nintendo is explicitly encouraging game makers to release more daring content on the Switch. “I thought it wouldn’t be possible to release such a game for the Switch, but surprisingly Nintendo gave me positive feedback,” Takuya Aizu, CEO of Inti Creates, told the newspaper about the provocative Gal Gun 2. Another unnamed developer said Nintendo’s stance on more violent and sexual content in games on its console “has been passive until now, but that’s no longer the right word to describe its current stance.”

It wouldn’t be the first time Nintendo has made gestures to pull more “mature” content to its consoles. After the Wii series was dominated by family-friendly titles (along with rare exceptions like crazy world), Nintendo’s then president Satoru Iwata said in 2012 that the company felt it had neglected “those who play games as their hobby” in favor of more casual or new gamers. “Therefore, we assume that some people felt that the Wii was not a game system for them or that they were not willing to play with the Wii, even though some interesting games had been released.”

When the Wii U launched later that year, the initial lineup reflected efforts to get more titles aimed at those “core” adult gamers for the system. In addition to the exclusive M-rated ZombieiUthe Wii U launch saw ports of violent, M-rated hits like Mass effect 3, Assassin’s Creed III, Darksiders II, Ninja Gaiden 3and Call of Duty: Black Ops 2.

However, by the end of the Wii U’s life, only about 3 percent of the more than 1,000 titles released for the system in the US were M rated (including digital releases). So far, that ratio has been mirrored on the Switch, with just seven M-rated games available among 184 total releases (about 3.8 percent). That’s pretty low in an industry where 11 percent of releases in 2016 across all platforms were rated M. And it’s extremely low compared to the PS4 and Xbox One, where about 25 percent of all US releases are rated “Mature.”

Nintendo can lead the way

However, there are some signs that things are starting to change for the Switch. Next month, gates of the M-rated Skyrim, LA Noireand demise will all hit the system within a week. Payday 2 and Wolfenstein II: The New Colossus will also be coming to the Switch in the coming months, bringing more options for those looking for blood-soaked dishes on the system.

Much of the Switch’s problem getting M-rated games thus far is just a corollary of its problem getting ports from each third-party games at an early stage. That’s an issue that seems to be fading as the console itself continues to sell in healthy numbers and more publishers look to sell their old catalogs and upcoming releases to Switch owners.

At the same time, however, it cripples Nintendo’s efforts to broaden the Switch lineup from being immediately hampered by relying on third-party developers and publishers for that adult-oriented content. Microsoft has Halo and Weapons of Warand Sony has games like Bloodborne and The last of us aimed at children, just to name a few examples. Since the release of Perfect Dark in 2000, however, Nintendo itself only published four additional M-rated console exclusives (excluding ports originally published by third-party companies), including Conker’s Bad Fur Day, Eternal Darkness: Sanity’s Requiemand Bayonetta 2.

It’s these kinds of first-party exclusives that largely define a console’s image, and third-party publishers can rightly look to Nintendo’s own output as proof that the consoles are intended for more family-friendly content. If Nintendo really wants to encourage more M-rated games on the Switch, Nintendo would have those games made themselves.

That would require a course correction away from the company’s completely healthy image, but it wouldn’t have to be huge. Even a handful of Nintendo-made Switch titles along the lines of Eternal darkness or Conker’s Bad Fur Day could go a long way in convincing the market, and third-party developers, that Nintendo is really okay with more adult content on the system. Until Nintendo is willing to do that, it will be hard to see the Switch as anything other than the Disney of the console world, even if and when we start to see more “mature” games from third-party publishers on the system.