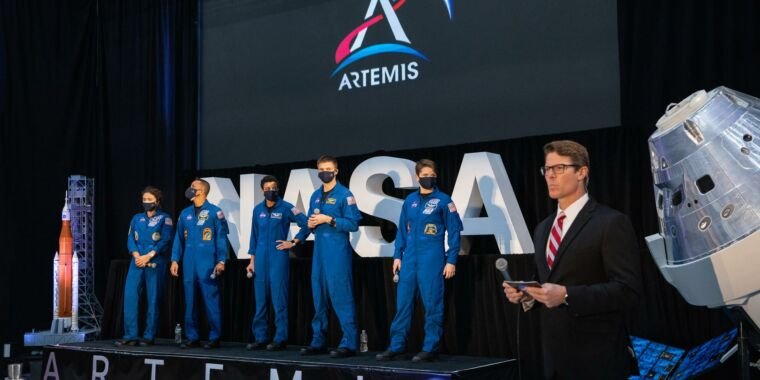 “Through the Artemis program, the United States will work with industry and international partners to send astronauts to the surface of the moon – another man and a woman to the moon, which is very exciting – to conduct new and exciting science, preparing for future missions to Mars and demonstrating America’s values.To date, only 12 people have walked on the moon – that was half a century ago.The Artemis program, a waypoint to Mars, offers the possibility to put numbers there Moon exploration has broad and bipartisan support in Congress, most recently detailed in the FY2021 omnibus spending bill, and we certainly support this effort and effort.”

The statement is notable because it comes after Psaki was briefed by academic officials within the Biden administration and reflects their support for the overall thrust of the Artemis program. Details are lacking, but that’s to be expected from a new government on a topic like space. And there will certainly be changes in timing and approach. But the bottom line is this: Game on for the Artemis program.

Original story: One of the biggest questions about space policy under the Biden administration is whether the president will embrace the Artemis Moon program initiated by the Trump White House. This plan called for a return of humans to the moon and the build-up of a lunar base over time. Former Vice President Mike Pence set an aggressive timeline for the first moon landing – 2024.

It’s been clear for months that this timeline was out of reach, and the final nail in the coffin came in December, when Congress provided just $850 million for a human landing system in the fiscal year 2021 budget. This is just a quarter of what NASA said it needs to have any hope of meeting the landing date in 2024.

Because of this mediocre level of funding, it was not clear how Congress supported the Artemis plan. But on Wednesday, 11 Democratic senators sent a letter to the Biden administration urging support for the Human Landing System program, the critical hardware needed to enable a human return to the moon.

“The development of the next-generation manned lunar lander is an essential step in returning astronauts to the moon for the first time in half a century, including the historic milestone of the landing of the first woman on the moon,” the letter said.

The letter appears to have been triggered by NASA’s decision to postpone a selection of three teams currently working on developing lunar landers; one is led by Blue Origin, a second by Dynetics and a third by SpaceX. Signatories to the letter are senators from several states represented by Blue Origin’s “National Team,” which includes Colorado and Washington. Not surprisingly, the letter emphasizes the jobs this program will create.

After a 10-month baseline that began last year during which each team refined the details of their proposals, NASA would choose two proposals this month to go into development. Last week, however, the agency said it was delaying that decision for 60 days for additional evaluation. This is likely because NASA wanted to give the Biden administration more time to determine its way forward on Artemis.

The senators wrote that NASA should stick to its original timeline. “We urge you to proceed with the planned selection and to include all necessary funding for[the Human Landing System]in your FY 2022 budget application,” the letter reads.

Curiously, the senators fail to recognize that it was Congress that failed to provide all of the funding the White House had asked for for lunar landers this year, not the other way around. Still, this seems like a pretty strong statement of intent that the Senate will support the lander program going forward.

The Biden administration has been in office for barely two weeks and has a lot on its plate. So perhaps unsurprisingly, no administrator candidate has yet been named, nor has a space policy been outlined in detail. Such details typically do not come out early in new governments. The need to make a decision now about the lunar landers will give us an early glimpse of the Biden administration’s intentions regarding manned spaceflight.

During Wednesday’s press conference at the White House, Kristin Fisher of FOX News asked about space. (Fisher is confident in this subject; she is the daughter of two space shuttle astronauts). One of her questions asked press secretary Jen Psaki about the Artemis program and where the Biden administration stood on the subject.

“I’m personally interested in space,” replied Psaki. “I think it’s a fascinating field of study. But I haven’t talked to our team about this particular program.” She promised to get more information and follow up with Fisher. As of Thursday morning, we have yet to see any additional information.

There is a way forward here for President Biden if he is to approach space in a two-pronged way. Although this letter came from the Democrats, there are plenty of Republicans in Congress who support Artemis’ plan outlined by the Trump administration. Everyone (including the senators, who didn’t specify a landing date in their letter) would likely agree that a 2026 or 2028 moon landing is more realistic under the current budget, with only modest increases needed.

“Proposing to grow NASA to accommodate both Artemis and a renewed investment in its science programs would be an easy political win for the Biden administration if they are willing to adopt it.” Casey Dreier of The Planetary Society told Ars.

So what’s going to happen now? It is likely that the Biden administration will be forced to speed up its timeline on space policy at a time when a number of new hires are just beginning to settle in — an acting chief of staff, Bhavya Lal, was appointed only last week. Ultimately, the smart bet is that while the Artemis program can be changed to some degree, it could very well continue.