When will Earth try to kill us again? | Techilink 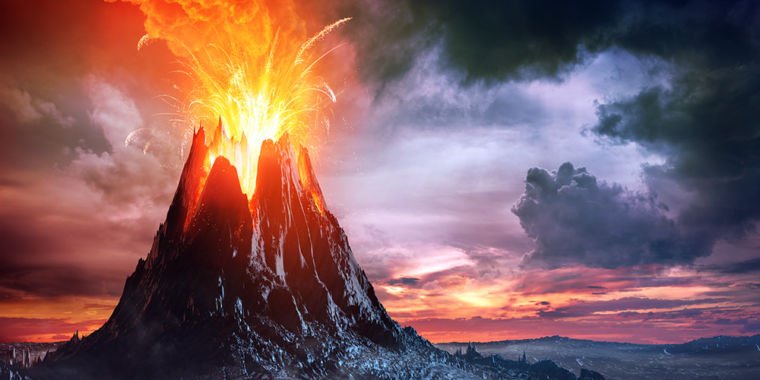 “The revolutions and changes that have left the earth as we find it today are not limited to the overturning of the old strata” – Georges Cuvier, 1831.

Our planet Earth has exterminated large parts of its inhabitants several times since the beginning of the animals. And if science tells us anything, it will surely try to kill us all again. Paleontology pioneer Georges Cuvier, working in the 19th century, saw dramatic changes in life in the fossil record and compared them to the French Revolution, which was still fresh in his mind at the time.

Today we call such events “mass extinctions,” incidents in which many species of animals and plants went extinct in a geological moment. They are so profound and global in scope that geological time itself is divided into periods – Permian, Triassic, Cretaceous – often defined by these mass extinctions.

The debate about the cause of these factory settings of life has raged since Cuvier’s time. He viewed them as the result of environmental disasters that rearranged the oceans and continents. Since then, numerous explanations have been proposed, including diseases, galactic gamma rays, dark matter, and even methane from microbes. But since the 1970s, most scientists consider the probable root cause to be asteroid impacts, massive volcanic eruptions, or a combination of both.

Those asteroid (or comet) impacts have captured the public imagination since 1980, when Luis and Walter Alvarez found global traces of iridium, which they concluded was extraterrestrial, on the geological boundary that marked the disappearance of the dinosaurs. The identification of the Chicxulub impact crater in Mexico shortly afterward sealed the deal. Effects have been proposed to explain other mass extinctions, but there is very little actual evidence to support those links. In the words of researchers David Bond and Stephen Grasby, who reviewed the evidence in 2016, “Despite much searching, there is only one confirmed example of a bolide impact coinciding with an extinction event.”

Not just a random series of unfortunate events

Volcanism, on the other hand, coincided with most, if not all, mass extinctions — it looks suspiciously like a serial killer, if you will.

This is not your ordinary Vesuvius/St. Helens/Hawaiian style volcanism. They’re not even supervolcanoes like Yellowstone or Tambora. I’m talking about something much, much bigger: a rare, epic volcanic phenomenon called a large igneous province, or “LIP.”

LIPs are floods of basaltic lava on an unimaginable scale: The Siberian Traps LIP, which erupted at the end of the Permian extinction, covers an area the size of Europe. It is estimated that that is over 3 million cubic kilometer of stone were regurgitated onto the planet’s surface, the late Triassic Central Atlantic Magmatic Province, stretching from Canada to Brazil in Europe and West Africa, was just as large. Others are equally gigantic.

In the words of Bond and Grasby, “Four of the ‘Big Five’ extinctions are associated with LIPs – too many to be mere coincidence – implying that large-scale volcanism is the leading cause of mass extinctions.”

Even the extinction of the dinosaurs at the end of the Cretaceous coincided with the Deccan Traps LIP in India. It’s possible that the combination of the Chicxulub asteroid impact and the Deccan eruptions, rather than just the impact, pushed life over the edge. And recent evidence points to a LIP trigger for the second phase of the end-Ordovician extinction, the phase missing from the Bond and Grasby quote. If confirmed, that would link LIPs to all five of the Big Five extinctions.

For decades, the sheer size of LIPs and the wide margins of error in attempts to date rock formations have led geologists to believe that LIPs erupted slowly over millions of years; any associated extinctions could easily be a coincidence. But in the past four years, improved rock dating techniques have narrowed those margins of error, revealing two important things: LIPs erupt in intense pulses that are geologically fast (tens of thousands of years), and they often coincide precisely with mass extinctions.

Seth Burgess, a geochronologist from the US Geological Survey, told me about his observations while dating part of the Karoo-Ferrar LIP in Antarctica:

“Every rock I dated from the Ferrar — and we’re talking up the mountain, down the ravine, from one side of the continent to the other along the Transantarctic Mountains — they’re all 182.6 million years old. It’s the same every stone. It gives me a great feeling that it’s all in one go. It’s not a big, slow, long-term event.”

Burgess used the new dating techniques to show that the Siberian Traps LIP was also fast, and it happened at the exact same time as the mass extinction at the end of the Permian – the most severe on Earth. “We dated the first magmas to spread laterally in the shallow Siberian crust and think these magmas are the culprit,” he said. “This spread happened quickly and right at the same time as the extinction.”

As someone told me years ago, there is a lot of time in deep time. Yet the LIP and the extinction happen precisely at the same time, even though the gaps between these eruptions are millions or tens of millions of years. That seems enough to declare the LIP a smoking gun behind that extinction.

This applies to multiple LIP extinction links. Precise correspondences have been confirmed for the Middle Cambrian, Late Triassic, Toarcian, and others. And it’s not just a date match. Volcanic nickel and mercury have been found in several extinction-aged sites, including for the Ordovician and Cretaceous events.

So if our serial killer is the volcanism associated with a LIP eruption, when will it strike again?

To answer that, we need to figure out what causes the planet to bleed lava on such a scale. And for that we have to look deep into the earth’s mantle.

Chimneys of the Apocalypse

Seismologists like Barbara Romanowicz and Scott French of UC Berkeley do just that: look deep into the mantle. They use the vibrations of major earthquakes around the world to illuminate the inside of our planet and take pictures, a bit like a medical ultrasound.

Their images reveal thick mantle plumes, regions of hot rock as wide as France, rising through the mantle like chimneys. Today, they feed relatively benign hotspot volcanoes like Hawaii and Iceland — tourist attractions rather than global apocalypse. But there is some evidence that LIPs were also fueled by mantle plumes. The plumes responsible for LIPs must have been something much more powerful.

In their quest to understand what could turn these plumes into killers, seismologists and mineral physicists search for the driving force that produces mantle plumes. Earth’s molten core provides heat that drives the movement of mantle material like a burner heats a pot of water, so it makes sense to focus on the roots of plumes at the core-mantle boundary. There, seismologists have discovered blister-like spots with properties that indicate molten metal leaking from the core.

Earthquake waves passing through those spots slow down dramatically, giving them their name: “Ultra-Low Velocity Zones,” or “ULVZs.” As a result, the seismic waves are deflected, like light through thick glass. The spots appear to be confined to the roots of plumes and have so far been confirmed to be under Iceland, Hawaii and Samoa. Their seismic inertia suggests they may contain molten rock. While the mantle acts a bit like a fluid, the pressure there keeps rock solid to relatively shallow depths.

“The special thing about these ULVZs is that they are also very thick!” Romanowicz told Ars. “They appear to be 800 km in diameter at the core-mantle boundary – we can’t say exactly. It’s still a mystery what they are. I think [it] is partly melting, but what exactly their role is, how long they have been there, we need to investigate further.”

Catherine McCammon, from the University of Bayreuth in Germany, and Razvan Caracas, a mineral physicist from the University of Lyon, investigated the properties of ULVZs by looking at how rocks behave under the conditions believed to be present in the core mantle border. “There aren’t a lot of people doing this kind of experiment,” McCammon explains. “You need a synchrotron, so this makes it a pretty exclusive group of people.”

The synchrotron she refers to is a particle accelerator three times the size of a football stadium, generating X-rays 100 billion times brighter than those emitted by a hospital X-ray machine. The X-rays are shot through compressed and heated mineral samples to mimic conditions at the core-mantle boundary. Data from the X-rays tracks the vibrations of the atoms of the materials, allowing us to measure the seismic wave velocity through those samples. Razvan, on the other hand, uses quantum mechanics to theoretically seismic wave velocity of those same materials. The difference between the theoretical and measured results suggests that there is molten material in ULVZs. “We think it’s some degree of melting,” Catherine said. “Either a partial melt, or a metallic iron melt coming from the core.”

Other scientists have seen hints of fluid motion in ULVZs, and a core-derived melt could explain why some diamonds contain microscopic traces of an iron-nickel alloy — the material that makes up the core. If ULVZs are indeed places where molten core leaks into the mantle, perhaps the Earth’s core plays a role in turning plumes into mass killers. But core leakage isn’t supported by the chemistry of lava at the hotspot, and there’s no clear evidence that any material from the core ever plummeted to Earth’s surface, so ULVZs remain a mystery for now.

Perhaps the “special sauce” that turns plumes into killers is much closer to the Earth’s surface.