When the USSR discovered anti-gravity and other architectural fantasies |Techilink 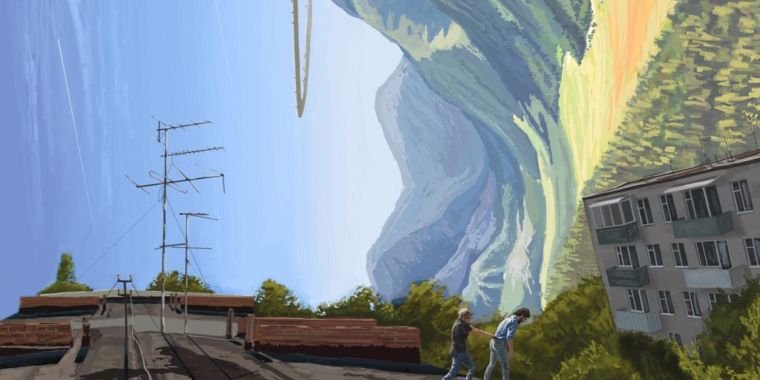 Every time you walk through a city, your experiences are shaped by the minds of hundreds of architects, urban planners and landscape designers. But sometimes architects long to create built environments that are even more creative and so bizarre that no engineer could ever bring them to fruition. That’s where the annual Fairytale Competition comes in.

For the fourth year in a row, sponsors of the competition have invited architects to submit drawings and short stories about architecture from other worlds, parallel dimensions and pure fantasy. This year’s theme was ‘environmental myths’. If you’re a fan of science fiction and infrastructure, the results are extremely delightful. The 2017 winners have just been announced in Washington, DC, at the National Building Museum. You can check out all of the winners’ stories and art on the Blank Space site, but we’ve got a glimpse of a few standout points.

Architecture is the real-life equivalent of what in fiction we call ‘world building’. And first place winner Mykhailo Ponomarenko’s “Last Day” shows what happens when an architect falls back into science fiction. Ponomarenko is a practicing architect in Florida. His story is about what happens to the Earth after scientists in the USSR discovered naturally occurring anti-gravity in the 1960s. It derails the Cold War, leading to a flourishing of ‘Saturn’ cities made of massive, floating ring platforms around mountains. You’ll have to read the story to find out what happens next, but the photos above depict a story told by the main character, who remembers his father telling him he saw Saturn’s farms for the first time.

The second place winner is “City Walkers,” an industrial fable by Chicago-trained architect Terrence Hector about a medieval city built with animals that resemble factory towers or giant feet. The style here is clearly influenced by the bizarre British architecture collective Archigram, famous for inventing the idea of ​​a “walking city” that would roam the landscape. You’ll also notice a sort of Terry Gilliam-esque flair here, as both the Archigram group and Gilliam were influenced by many of the same psychedelic designers in the mid-1960s. When medieval farmers find out that the Walkers can produce energy, they begin to exploit the slow-moving animals until extinction is almost inevitable.

I especially love one of the honorable mention winners, called “iDentity: Virtual Reality Therapy for Cultural Identity Crises,” by Minh Tran, Alan Ma, and Yi Ning Lui. It’s a science fiction story about a future form of therapy called iDentity, which is basically VR immersion for people who grew up in two or more cultures. The main character, “Patient X”, tries to build a sense of self after living in two future cities: “Konghai City (Vietnamese colony of Shanghai, with many Hong Kong immigrants) and Londsfield (Huddersfield settlement in London). ” Patient X revisits her memories and the VR program cleverly brings all cultures together into what she hopes will be a unified space. The results, as you can see, are completely strange agglomerations of unrelated structures. It’s a cool way to show what it feels like to be from a lot of different places that don’t have much in common.

If you want to spend some time immersed in beautiful architectural fantasies, go to Fairy Tales Competition sponsor Blank Space and enjoy all the art and storytelling.