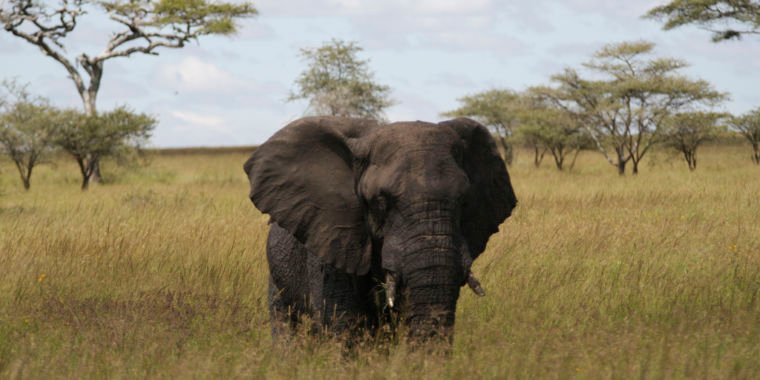 Much of the world’s conflict takes place in areas rich in biodiversity, and war makes conservation a complex issue. In 2016, a group of researchers published a paper examining key questions about conflict and conservation: Can conflict be incorporated into protected area planning? What strategies really work when wildlife and warfare go hand in hand?

The 2016 researchers concluded that we need better, more detailed data on the impact of conflict, and a new article in the Nature drills into historical data to provide just that. Authors Joshua H. Daskin and Robert M. Pringle report that “even a small, rare conflict is enough” to harm wildlife. But they also conclude that the mere presence of conflict does not mean that nature in that region should be depreciated.

“Between 1950 and 2000,” write Daskin and Pringle, most of the world’s conflicts took place in Africa and Asia, and “more than 80 percent of wars overlap with biodiversity hotspots.” These hotspots are home to some of the world’s last “diverse populations of large mammals,” they write, making conflict in these regions all the more alarming for conservation.

Daskin and Pringle turned to Africa to find out how conflict affected the great diversity of mammals. They looked at historical records of all conflict zones on the continent between 1946 and 2010, highlighting the dates and geographic areas affected in each recorded conflict that caused at least 25 human deaths.

To see how these conflicts had affected the local wildlife, they searched the scientific data to find data on the wildlife population recorded during the same period. Again, to make the task more manageable, they narrowed their focus and looked only at large herbivorous mammals (all over 5 kg counted). After collecting the most reliable data, they were able to track the size of 253 different populations, spanning 36 different species, from 126 protected areas in 19 countries.

The researchers looked at when each population had stabilized, decreased or increased in size, and how that related to conflict in the region. They found that the frequency of conflicts was related to a decrease in population size, but that the intensity of conflicts did not have the same relationship. That is, it is the frequent disruption, not the magnitude of the conflict, that causes damage to the population.

Not a simple story

How exactly do conflicts affect nature? That’s an obscure question with no easy answer. War-weary people may have a tendency to hide in wild areas, hunt animals for meat and divert money from conservation to military efforts, all of which have an impact on biodiversity. And some empirical studies on specific conflicts have shown that each of these factors plays a role.

But other studies have actually shown that conflict, perversely, can have a number of positive effects: conflict can also lead to a reduction in poaching or hunting, or generally lead people to avoid certain areas, allowing animals to thrive there.

Daskin and Pringle call for caution in how we think about the effects of conflict: if we simply assumed that a region torn by human conflict is a write-off, we might not be investing in conservation there, when in fact it might can still be saved. They found reassuringly that there were very few events that caused the extinction of the entire population, “even in locations with high conflict frequencies.”

Funding for conservation is limited, so it is extremely important to decide how to allocate scarce resources. And it is not possible to allocate resources without understanding all the factors involved. Much more data is needed on the effects of conflict, but Daskin and Pringle suggest that, even with what we have now, conservation organizations can start thinking about its effects when they plan.