What’s in a face? If monkeys don’t see them as babies, they don’t know | Techilink 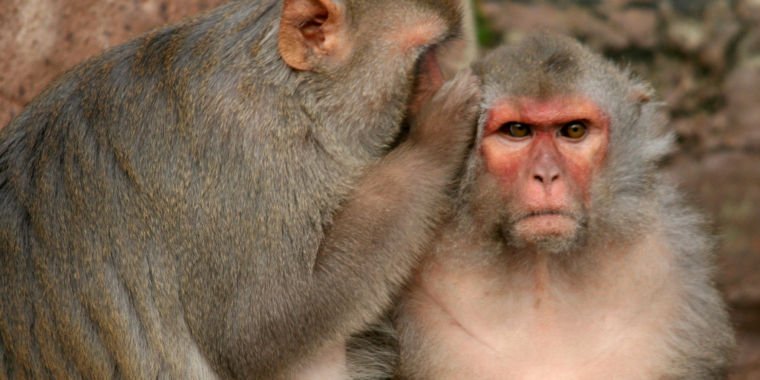 What’s in a newborn brain? It’s a question we obsess over because the answers seem to promise us basic truths about what we humans are as a species before our culture muddy the waters. A piece of paper inside Natural Neuroscience this week shows that monkeys raised without exposure to faces do not develop specialized facial recognition domains in their brains. The results help explain our own brains a little better, and the research also paints an idea of ​​how environmental inputs can lead to specialized brain circuits over time.

Facial recognition is something that seems to be deeply central to us as a social species. Adult human brains have circuits dedicated to processing faces, and even very young babies seem to look at faces more than other objects in their environment (although these results are debated by researchers in the field). Other primates also prefer to look at faces and have special brain circuits to deal with them.

As an incredibly social species, are we born with the concept of “face” somewhere in our brains, allowing us to cling to this all-important part of our environment once we’re out in the world? Some researchers think this is the best explanation for babies’ preference for looking at faces. Others think it’s more likely that we develop the concept of what a face is over time, based on our experience of the world.

To understand how development affects facial recognition in the brain, Michael J. Arcaro, a neurobiologist at Harvard Medical School, led a team of researchers who raised three baby monkeys without exposure to faces. Obviously, this is a wildly abnormal environment for macaques, who are normally social, so the researchers tried to make sure their lives were otherwise as normal as possible. They played with them every day to help with socialization (wearing welding masks to hide their faces) and made sure the monkeys had interactive toys, soft things to cuddle, and the smell and sounds of other monkeys nearby.

From the time the monkeys were three months old, the researchers began comparing their development to that of four control monkeys who had been reared normally. In fMRI scans, the control monkeys showed normal developmental patterns: they had more brain activation when looking at images of faces than at other objects. In contrast, the underprivileged monkeys showed no differences when they looked at faces and other objects.

To see if their visual development was affected in general, the researchers also examined whether the deprived monkeys developed other specialized visual recognition domains. Reasoning that these monkeys often saw their own hands and the hands of the researchers, they looked at whether the visually impaired monkeys showed greater activation when looking at hands compared to other objects. They did, suggesting they were developing a domain for hand recognition. The deficit, the researchers write, was “face-specific.”

Finally, Arcaro and his colleagues used gaze tracking devices to examine what the monkeys looked at most in a series of photos. There was no difference for everyday objects such as hammers or clothespins. But when the images included faces, the control monkeys focused intently on them, while the deprived monkeys’ gaze was more dispersed across the frame. Conversely, the face-losing monkeys looked much more at hands.

So were not born with facial recognition?

The results suggest that experience with faces is essential for the development of normal facial recognition – it’s not yet there by the time the monkeys are born. Previous research has shown that monkeys develop similar specializations for anything they have intensive, early experience with. Arcaro and colleagues suggest the results could help explain how specialized visual domains develop: If something is common in the environment, babies look at it; the neurons that interpret those stimuli get a workout; and eventually a domain is formed.

The results, Arcaro and his colleagues write, suggest that “looking at babies’ faces is not innate.” A simpler explanation, they suggest, is that newborns have something much more fundamental in their brains: a perceptual preference for a certain set of shapes and a tendency to look at moving things. Put those preconceptions in an environment with many faces, and facial recognition is born.

This is not the final word on the subject, and many researchers will disagree on how to interpret the findings. For example, it is possible that the young monkeys goods born with a kind of robust preference for looking at faces, but by not giving them a face, these structures withered. More research with very young human and primate babies could help with this question.

When we talk about innateness, there is a risk that we use it as a sharp dividing line between ‘nature’ and ‘nurture’. If there is anything when we are born, we seem to think it is immutable, part of our essential nature. When it happens after that, we consider it nurturing and therefore consider it malleable or less central to us as a species.

Reality is so much more complicated than these kinds of binary shortcuts. We are unable to walk, talk or eat solid food, but walking, language and eating are still clearly part of natural human development (with the exception of disabilities). And we are born with the beginnings of awareness of our mother tongue, having heard it from the womb; but Spanish, or Igbo, are not remotely universal parts of human nature.

So facial recognition may still be a normal core part of humans and other primates. But this evidence suggests that the template for what constitutes a “face” and the preference for looking at faces require exposure to a normal environment before they can develop properly. And, intriguingly, it suggests a mechanism for how that might work.