What we want in a “SNES Mini” |Techilink 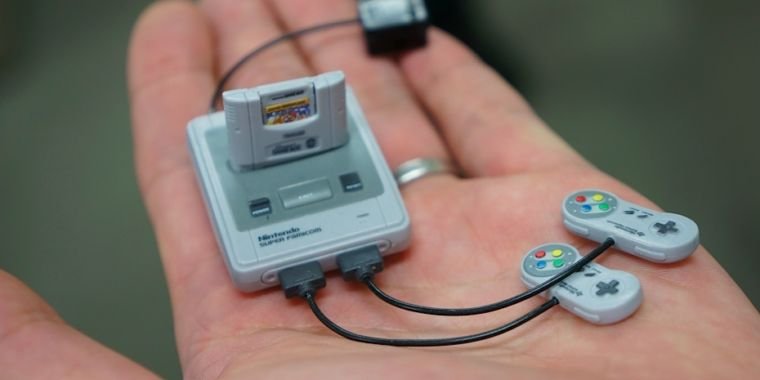 Eurogamer’s report this morning that Nintendo is working on a “SNES Mini” plug-and-play console in the style of the NES Classic Edition (according to “sources close to the company”) isn’t all that surprising. The original NES Mini was an unexpected huge success that should logically inspire Nintendo to mine more of its classic hardware for more easy profits.

On the other hand, Nintendo recently discontinued the NES Classic Edition despite evidence of continued massive demand unsatisfied by the meager supply that Nintendo has rolled out to stores. Eurogamer goes so far as to say that the impending release of the SNES Mini is one of the reasons the NES Classic Edition was discontinued, suggesting the company thinks there’s only one retro console on it at a time for some reason. the market can exist.

In all likelihood, the SNES Mini will likely be nearly identical to the miniature NES that came before it. If we had Nintendo’s ear, we’d recommend the following to build the retro console of our dreams:

Sure, we get the appeal of a system that “just works” out of the box, without having to plug anything into your Wi-Fi or use a credit card for an online account. That said, it seems like a good idea to expand the SNES Mini library through purchased downloads (a la the Virtual Console on other Nintendo consoles) to provide a continued revenue stream and longer-term interest in the hardware.

The power of nostalgia means that styling several “mini” boxes after several classic Nintendo consoles is a powerful marketing move. But there’s no reason the NES Mini’s overpowered guts couldn’t also emulate games from the Super Nintendo, Nintendo 64, or even Game Boy and Game Boy Advance in a single box (a la a RetroPie-equipped Raspberry Pi box) . Market it as the Ultimate Nintendo History Arcade or something, and put all your classic systems in one place.

We love that the NES Classic Edition has a built-in filter to simulate the faint glow of an old CRT television. Still, nothing can fully replicate the way a game looks on a pre-HD TV. We can’t imagine there’s a huge market of CRT users demanding RCA, S-Video, or even RGB outputs for a modern SNES remake, but this is our dream console, so we’ll ask what we want .

The proprietary controllers released for the NES Classic Edition were quite authentic, although they were hampered by a ridiculously short cord. For the SNES Mini, though, we’d love to be able to hook up our still-functioning AsciiPad or hook up the ridiculously large Super Advantage joystick to a new HDMI-equipped system. While third-party adapters have filled this gap on the NES Classic Edition, an official adapter would show Nintendo cares about its old controllers.

(Support for original SNES cartridges would be nice too, but would probably require the box to be made a lot bigger than it otherwise should be).

if NBA Jam, Super Bombermanand/or Secret of Mana appearing on the SNES Mini, we sincerely hope there’s a way four people can play them at the same time.

We understand that the success of the NES Classic Edition surprised Nintendo, and the company had no real plans to continue producing what should be a holiday novelty. That excuse doesn’t work this time. Nintendo should really commit to keep producing the SNES Mini as long as market demand makes it a reasonable and profitable proposition. It’s a little ridiculous that we even have to say this, but here we are.