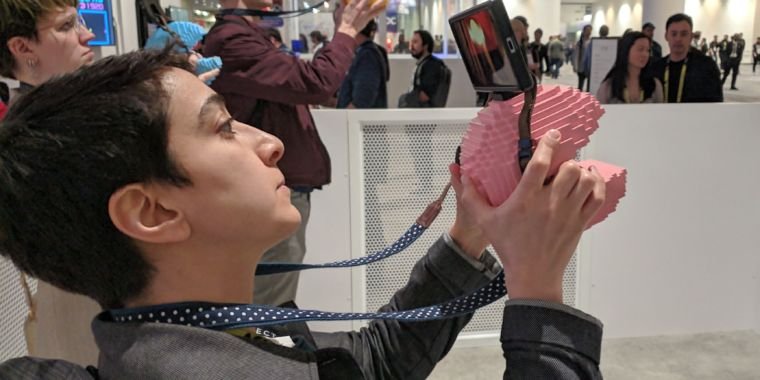 SAN FRANCISCO – For years we’ve put one specific item on our annual Game Developers Conference itinerary: the most elaborate and clunky game controller this side of a Japanese arcade.

Every year, international teams submit their craziest wired assemblies to GDC’s Alt.Ctrl competition, and the winners are given massive booth space to allow passersby to grab, punch, pull and sit on the custom rigs the teams have come up with. (We’ve written about these exhibits for a few years in a row.) Some of our favorites from that booth are in the gallery above, and their captions explain what’s going on in each game.

To be clear, most of these will probably never launch in arcades or for home purchases. Unsurprisingly, though I’d probably pay for a Hellcouch conversion kit if it existed just to mess with house guests. (A few creators hinted at releasing their work as downloads to apply to DIY kits, but I haven’t found any released for the above games in my cursory search yet.)

In addition, Google and Bandai Namco unveiled a surprise that may sound familiar to avid Ars Technica readers: a smartphone version of Pac-in-Town† Launched last year in Japan as a limited Hololens arcade game, this augmented reality game turned its players into Pac-People who had to roam in real-life space to gobble up yellow pellets and dodge ghosts. (Basically, it’s a realistic approach to the arcade original.) This former exclusive Hololens works by holding up a smartphone, turning on the camera, and calibrating the game by aiming at a floor mat.

The resulting smartphone game plays exactly as we saw last year, only with an easier point of view than the small field of view of the original Hololens. (Instead, you get to hold one of Bandai Namco’s silly, un-necessary Pac-Rigs.) As wacky as the game looks in the gallery above, I swear, it was more fun in action. That said, I’d like Bandai Namco and Google to update the game (which doesn’t have a public release date) to support a larger floor space. I almost ran into my opponents several times in our tight spaces.

In addition to that Pac-in-Town demo we also took a look at a retro-minded exhibition and GDC’s annual Experimental Gameplay Workshop. The gallery below features highlights from both.