We breathe in up to 10 billion mold spores every day; here’s why you’re not dead yet | Techilink 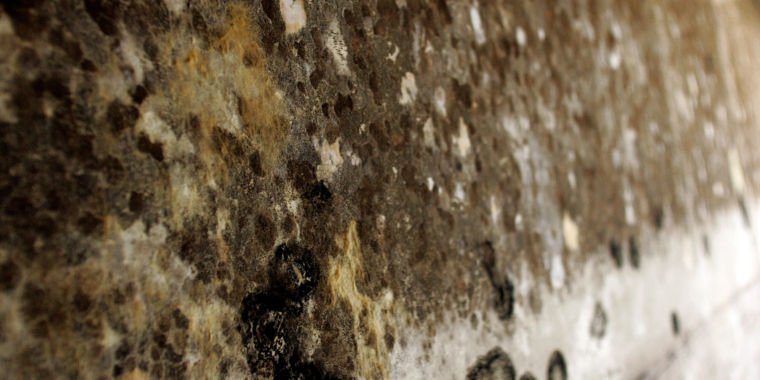 Humans inhale anywhere from 1,000 to 10 billion mold spores on an average day, let alone days after a catastrophic flood or Category 5 hurricane, when mold flare-ups can result. Each of those tiny spores can lodge in our moist, warm lungs. There they can unfold fungal tendrils that grow like kudzu, invade and engulf our organs, slowly choking the life out of us as fungus bursts from our seams.

Fortunately, our immune system protects most of us from such a painful death. But they don’t get by with a bloody, fungal slaughter every day — no, they use a much more dignified defense, according to a new study.

In the lungs, immune cells become cozy with invading fungal spores and then trick them into pressing their own self-destruct buttons, researchers reported Thursday in Science. When the researchers used genetic engineering to bypass the spore’s self-destruct system, immune cells in mice were powerless to stop the fungal infiltration.

The findings suggest that our immune system uses a clever weapon to “maintain sterilizing immunity in the lungs,” said the researchers, led by infectious disease expert Tobias Hohl of the Memorial Sloan Kettering Cancer Center.

But not all of us are so lucky. People whose immune systems have been compromised by drugs, other infections, or autoimmune diseases can’t always fight off the fungi. For those cases, the researchers are hopeful that the new understanding of fungal defense “may yield new strategies for therapeutic intervention in vulnerable patient groups.”

To pick apart the fungal battle, researchers took a close look at how mammalian immune cells interacted with spores of Aspergillus fumigatus, the most common cause of fungal pneumonia worldwide. They noticed that an important interaction seemed to be taking place between the spores and neutrophils, highly mobile immune cells that rush to the site of invasion or injury to gobble up pathogens like Pac-Man and pump out chemical signals that stimulate inflammatory responses.

In this case, neutrophils—technically phagocytosis—overwhelmed the A. fumigatus spores, but they didn’t necessarily kill them. Instead, the spores seemed to die from programmed cell death—aka cell suicide or apoptosis.

Programmed cell death (PCD) is a common mechanism in animals, plants and fungi in which a cell shuts itself off for the greater good. The self-destruct button is hit in situations such as overwhelming stress conditions or when there is irreparable damage to DNA. If a cell loses the ability to perform PCD, it can be considered “immortalized.” Loss of PCD is a hallmark of cancer cells and tumor development.

To verify that the neutrophils caused PCD in the tracks, the researchers turned to genetic engineering. They singled out a gene in the spore’s DNA that resembles a gene in humans known to encode a protein called Survivin. In human cells, Survivin blocks PCD. So the researchers engineered the spores to overproduce their Survivin-like protein, making it much harder for them to self-destruct.

In mice, the spores loaded with Survivin didn’t die as they normally would, and they were more lethal to the mice – killing nearly three times the number of animals in one experiment. When the researchers looked more closely, they found that the Survivin-amplified spores caused “severe tissue destruction.” But when the researchers added a drug that blocks Survivin, the spores died back in neutrophils and didn’t cause as much deadly disease.

So how do the neutrophils get the spores to commit suicide? In the lab, the researchers noted that the spores packed with Survivin were better than normal at surviving oxidative stress. This gave the researchers the idea that the immune cells may be using an enzyme called NADPH oxidase to trick the spores into thinking they are doomed in a stressful environment. That line of thinking ties in with the fact that people with a genetic defect in their NADPH oxidase gene are at a much higher risk of contracting an invasive fungal infection in their lifetime.

Certainly, mice that lacked the enzyme were almost defenseless against the spore, whether or not the spore had elevated levels of Survivin. In other words, without the stressful enzyme, the neutrophils couldn’t trick the spores into committing suicide.

Together, the findings suggest that our immune system has a cunning technique to protect us against fungi. If we can devise an equally cunning exploit in the mold’s self-destruct system, the researchers hope we can one day better protect vulnerable patients.