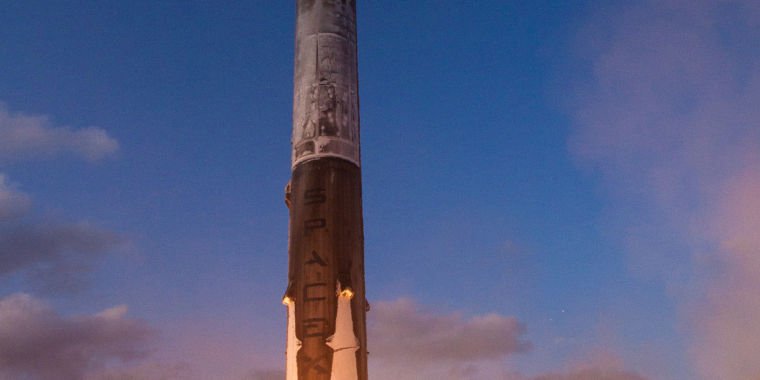 SpaceX has released a multi-angle video of last week’s historic landing of a repurposed Falcon 9 rocket. It’s very loud, very awesome in the original sense of the word, and seemingly textbook that lands without a wobble in sight.

The first stage of the Falcon 9 rocket, which sent the communications satellite SES-10 to geostationary orbit seven minutes earlier, landed on SpaceX’s Atlantic-based autonomous spaceport ship Of course I still love you.

This first Falcon 9 stage, numbered B1021, was previously used by SpaceX’s CRS-8 resupply mission to the International Space Station on April 8, 2016. That launch also ended when the first stage returned to Of course I still love youabout 300 km (190 mi) off the coast of Florida.

While it took an entire year to reuse B1021, Elon Musk now wants to reduce that period to just 24 hours. “Reusability has been brought up as really too difficult, or not really feasible,” Musk said at a news conference following the successful landing. “Now, to be competitive in launch costs, I think it’s going to be necessary for other companies to do the same thing. Imagine if we were an aircraft company selling aircraft that could be flown many times over, and everyone else was selling aircraft that would can be flown once, I mean, you know, that’s not a very competitive position to be in.

For more on the ramifications of SpaceX’s successful landing of a repurposed rocket, and perhaps the start of some truly commercial spaceflight, our space editor Eric Berger has you covered.