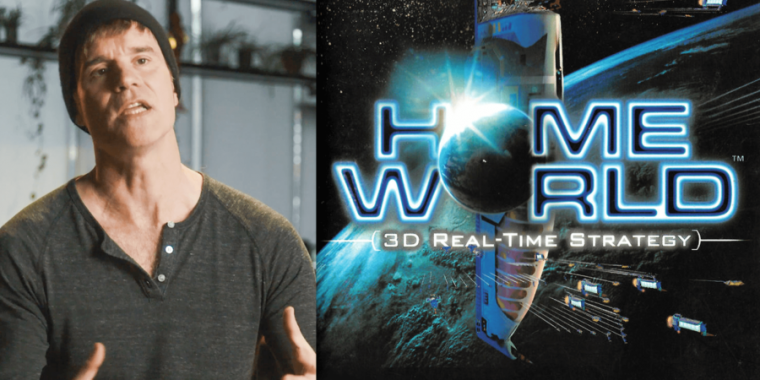 We took a closer look at the complexities of real-time strategy with an earlier episode of War Stories – one with Command & Conquer: Tiberian Sun and focus on the complexity of pathfinding, but the classic title of space strategy home world is a bird of a completely different color. Its creation in the late ’90s was a lengthy process that took years of crunch time and repeated requests for additional funding from the publisher, but as any gamer who has experienced its release can tell you, the results were spectacular†

home world is one of the most famous examples of the genre, not necessarily because it was the first RTS to move the battlefield into space – although it did, indeed, and well – but because the implementation of unit-level combat in a 3D game field was so well done that the UX and game mechanics fade into the background. Zooming in and out of the game’s sensor manager map is a slick experience that manages to pull your view back without taking you out of the game, and even if arguing with your tiny spaceships eventually got awkward late in the game, the interface feels itself as the Turn right kind of interface.

Do more with more

So when we sat down with the co-founder of Relic and home world designer Rob Cunningham, it was a little surprising to learn that from his perspective the home world we got in 1999 was less of a refined and polished set of ideas and more like a minimally viable proof-of-concept – what Rob describes as a series of sketches rather than full paintings. The small team, backed by Sierra’s publishing dollars, put together an iconic game and more or less on their knees invented new gameplay systems, finishing working concepts without really getting a chance to iterate and refine them. Even during a development cycle that took three times as long as originally planned, there was just no time to do anything more.

The problem of translating the core concepts of a unit-based real-time strategy game from a flat playing field to a three-dimensional playing field took a lot of time – in fact, it’s what we’re focusing on in the above video. As with many of our previous war stories, there was no single solution to the problem. Instead, the designers had to step back and develop a suite of solutions that adapted to the new challenges of strategic command in 3D. Playing in space had its perks, of course – with no terrain to render, the developers could plow their entire polygon and texture budget into the units themselves, allowing them to have sharply detailed starships with multiple levels of detail depending on distance. On the other hand, with no ground for orientation, helping the player not to get disoriented and lost on the map (and even how to draw the map in the first place!) was a big problem!

We hope you all enjoy the latest series of war stories – we’ve got more in store after this too! The next set of videos that we focus on is the extended version of this home world interview with Rob, along with extended portions of our conversations with Empty space‘s Glen Schofield and star control creators Fred Ford and Paul Reiche.

So stay tuned for more episodes of War Stories coming soon. We have a ton of new eps cooking – stuff i’m really proud of. You could almost say we are on fire!