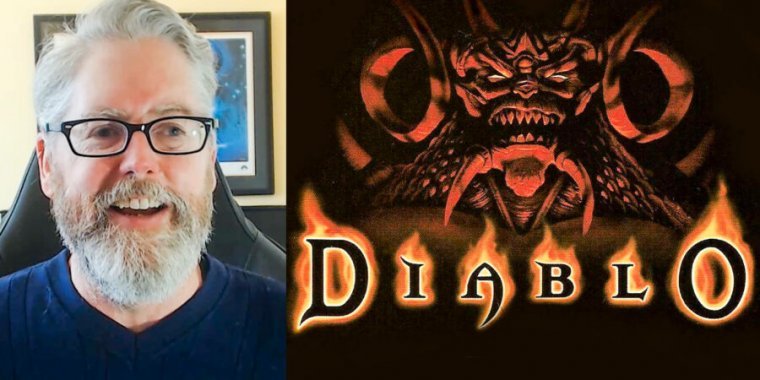 The year 1997 means a lot to me – it is not only the year I met my wife, but it is also the year I sacrificed hundreds of evenings and nights to diablo, the newly released grandpa of the lottery games. No game I had played before had anything like Diablos brute force to change the flow of time – you look at the clock, see it’s just before midnight, you smash some monsters and then the sun peeks through the window.

If it could be said that the Lord of Terror has a father, it would be chief designer David Brevik. Much of what would become diablo jumped out of his head, including the name itself (taken from Mount Diablo, close to where Brevik lived at the time of Diablos start). All those lost nights and hazy mornings should be properly laid at his feet – although as Brevik originally envisioned, diablo would be more traditional villain-like affair of turns and actions under the turn. Diablos signature real-time loot-spewing combat was a bit of a late addition – and a Brevik himself was against.

As Brevik explains, it came down to a simple show of hands in the office at the end of a long week. Brevik and maybe two or three others wanted to keep the game turn-based, and more than a dozen others voted to turn the title into a real-time game.

Brevik expected the actual change to take at least a month to take effect, but he sat down that Friday night to get started and in just a few hours hacked enough of the real-time elements to support some test gameplay. To call the resulting change “remarkable” would undermine how drastic the decision was to the player experience.

“I still remember it like it was yesterday,” Brevik recalled. He stomped through the now real-time dungeon and spotted his first real-time enemy: a skeleton. “My character walked up to me and waved and smashed the skeleton apart. And I thought, ‘Oh my god, this is awesome.’ That felt so good! This was way better.”

The clouds parted, the angels sang and Brevik became the very first person to lose a few hours of their life to diablo† When the team came in Monday morning, “it was clear this was the way to go and we’ve never looked back,” he said.

(Fascinatingly, this is almost the exact opposite of what happened to Sid Meier and Civilization—that iconic title started out as real-time, before switching to turn-based midway through development. Game development is sometimes as much intuitive art as business science.)

Until the sun comes up

There’s a lot more to discover in the video – and we hope to release an expanded version of this chat as well because Brevik was extremely generous with his time and digging up unique and new stories to tell us about the development of a of the most popular game franchises to ever exist. Stay a while and listen!