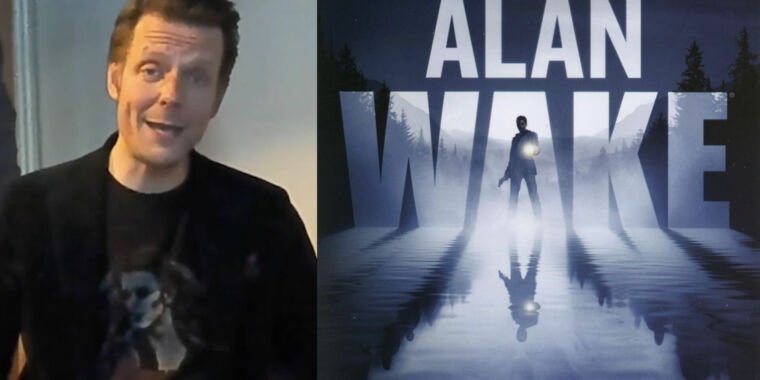 In 2005, the Finnish game studio Remedy Entertainment was locked up. The members had ridden high on two mega smash Max Payne games in a row, but they had decided to drastically change course with their next series, Alan Wake†

The resulting pitch was ambitious: an open world, free-roaming adventure with a complicated day/night cycle. But after putting together a flashy demo and landing a publisher in Microsoft, the folks at Remedy had to be honest with themselves: their next game wasn’t looking good. Lead writer Sam Lake puts it honestly: “For a long time we had nothing.”

A metaphor “for the struggle of the whole team”

In our latest War Stories video feature, embedded above, Lake describes how Alan Wake was born from the studio’s desire to move away from the rigid structure of his Max Payne games while still allowing room for the studio’s “cinematic” flair. The team finally got it done – we said so back in 2010 – but while some of the big ideas from the original pitch survived, many didn’t.

As it turns out, Alan Wake started life as a “survival” game in which players had to make the most of the daytime hours of the world. As the sun shone, you were expected to gather resources and create defenses – for example, visit a gas station, then return to a safe haven and dump that gas into your generator, which is wired to your array of protective nighttime lights. Once the world turned into the night, zombie-like “shadow” monsters would come out to attack.

Strangely enough, this concept is very similar to the first version of Fortnite, which has since been handily surpassed by its hugely popular Battle Royale mode. Likewise, Remedy concluded that his own day/night survival concept wouldn’t make it, and after getting stuck in the development process, Lake joined a small “main” group of the development team in a “sauna” process.

“We walked into a room, closed the door, and the mandate was, ‘Let’s figure everything out,’” says Lake. “We stayed in that room with all the heat and pressure on us. The room was starting to look like a mad scientist’s lab — we put papers on the walls.”

That two-month ordeal saw the studio reimagine the entire gameplay loop, which was then bolted onto the existing open-world geometry of forests and small-town buildings. Because, Alan WakeThe plot was updated to serve as a metaphor for “the whole team’s struggle to find what this game should be,” Lake says.

The full video above goes into detail about the entire process, complete with video footage from Alan Wake‘s 2005 E3 teaser and other pre-release and debug footage. As a bonus, Lake confirms to Ars Technica that the studio’s latest game, Check (our choice for Game of the Year 2019), gets a Alan Waketargeted update in the form of its second paid DLC pack, titled “AWE”. Check already contains references to the events of Remedy’s 2010 game, and Lake says the new DLC pack (which isn’t dated yet) “will give you a broader picture of what the [Federal Bureau of Control] has researched Alan Wake†

(If watching this gets you in the mood to play the original Alan WakeGoG has the title on sale for a limited time for $1.49 (less than $14.99) as of publishing time!)