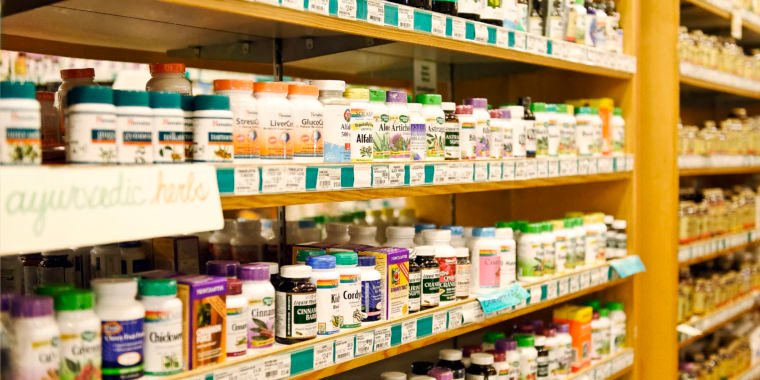 Regardless of the type of dietary supplements – from vitamins, energy drinks, herbal remedies, homeopathic products to some hormonal treatments – they usually come with big claims about boosting health and wellness. While those claims are questionable (and often unfounded), the products together improve one thing: the number of calls to poison control centers.

Between 2005 and 2012, the number of supplement-related calls to poison control centers increased by 49.3 percent, researchers reported Monday in the Journal of Medical Toxicology. In the last year of data, the centers received calls at a rate of nearly 10 adverse exposures per 100,000 people.

There did not seem to have been a great leap in the use of dietary supplements at that time. Self-reported use among adults has remained stable, at about 49 to 54 percent, the authors note. But these supplements are not regulated by the Food and Drug Administration just like medications – no FDA review or approval is required before supplements can be marketed.

“Lack of federal oversight has led to inconsistencies in the quality of nutritional supplements, mislabeling of products and contamination with other substances,” Henry Spiller, co-author and director of Nationwide Children’s Central Ohio Poison Center, said in a statement.

In examining nearly 275,000 reports from the National Poison Data System between 2000 and 2012, Spiller and his colleagues came up with trends and details about dietary supplement poisoning calls. Of all exposures, 70 percent were to children six years old or younger, and 82.9 percent were unintentional. But not all types of supplements were of equal concern.

Of all product categories, homeopathic remedies were the largest driver of calls to poison control centers, accounting for 36 percent of calls. Between 2000 and 2010, the annual rate of exposures to homeopathic products increased by 227 percent and then declined by 18 percent between 2010 and 2012.

But the most dangerous categories — those with the highest percentage of serious medical consequences — included energy products, plant products, and cultural medicines. Energy drinks can cause abnormal heart rhythms and breathing, as well as seizures. Two notable plants that seemed particularly dangerous were yohimbe, used for male sexual enhancement, and ma huang (also known as ephedra), used for boosting energy, alertness, weight loss and athletic performance. Yohimbe is associated with heart attacks, seizures and kidney failure, while ma huang is associated with strokes and heart attacks. In 2004, the FDA banned ma huang after it was linked to several deaths. The number of poisonings and deaths from ma huang plummeted after the ban.

While the data coming into poison centers may be missing adult exposures and chronic rather than acute poisonings, the authors say it shows the FDA needs to do more. “Our results demonstrate the need for FDA regulation of yohimbe and energy products in the US, as was successfully done with ma huang products in 2004,” the authors conclude.