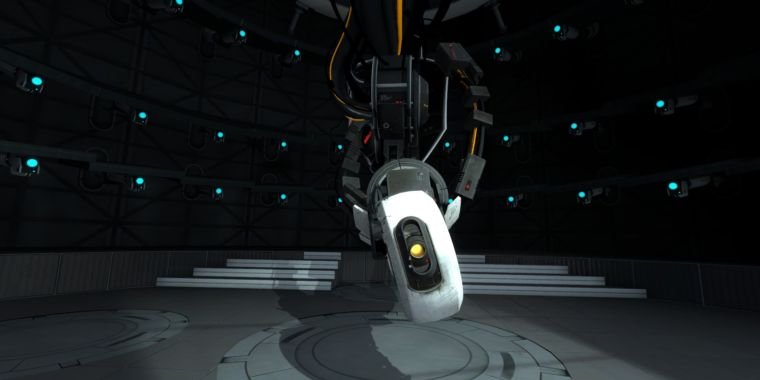 Putting Valve’s VR Minigame Collection Aside the labit’s been over three years since the once mighty game developer released his last full-fat video game: the esports MOBA dota 2. The last single-player story-driven game, Portal 2was released in 2011. So expectations were low for the announcement of new Valve games, even the legendary Half-Life 3 relegated to mere internet meme.

So it comes as a surprise to hear that Valve confirms that it’s not just working on one new game, but three. Plus, while all three games are being developed specifically for VR, they won’t be short, throw-away experiences like the ones in the lab. According to Valve founder and PC gaming padre Gabe Newell, they are “full games.”

Details about the games were kept secret, although Newell did confirm that they will be built in both Unity and the company’s own Source 2 game engine.

Newell went on to discuss Valve’s development philosophy for VR, echoing previous comments that the company sees VR as a true keyboard and mouse replacement that gamers are “reeeaaally stuck with mouse and keyboard for.” [sic] long time.” He took a leaf from Nintendo’s playbook and also made it clear that VR game development and hardware development go hand in hand.

“One of the questions you might be asking is, ‘Why on earth would you make hardware?'” Newell said. “What we can do now is we can design hardware at the same time we design software. This is something that [Nintendo’s Shigeru] Miyamoto has always had that. He has had the ability to think about what the input device is and design a system while designing games. We feel this will allow us to build much better entertainment experiences for people.”

While Valve remains optimistic about the future of VR, numerous, albeit unconfirmed, projected numbers from research firms like SuperData point to lower-than-expected sales for all headsets. PlayStation VR is said to have shifted about 745,000 units last year, nearly double that of HTC’s Vive at 420,000 units, with the Oculus Rift apparently trailing in third place with 355,000 units.

Upcoming headsets like Lenovo’s Windows Holographic headset promise to broaden the market by lowering costs for consumers. The headset is currently pegged at a launch price of £350, although Newell isn’t entirely convinced this will necessarily increase VR’s install base.

“If you take the existing VR systems and make them 80 percent cheaper, there’s still not a huge market, right?” Newell said. “There is still no incredibly compelling reason for people to spend 20 hours a day in VR. Once you have something, the thing that really gets millions of people excited about it, then you start to worry It’s kind of the old joke that premature cost cutting is the root of all evil.”

He added: “We’re actually going from this weird position where VR is kind of low resolution now, to a place where VR actually has a higher resolution than just about anything else, with much faster refresh rates than you’ll see on desktops or You’ll see the VR industry leapfrog just about every other display technology in terms of those features. It’s probably not obvious from the first generation of products, but you’ll start to see that happen in 2018-2019.”

Which is all well and good. But for PC gamers who grew up with a Valve that broke new ground spell Like it half-life and Portal, hardware talk isn’t that convincing. We hope that regardless of the three games it’s working on, they live up to the developer’s impressive legacy.