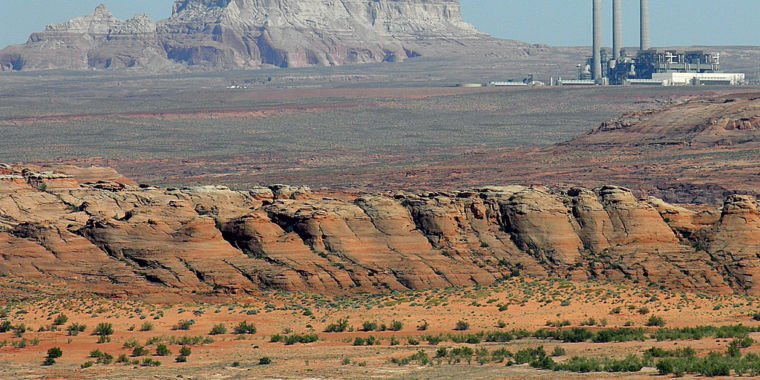 At 2.25 gigawatts, the Navajo Generating Station in Arizona is the largest coal-fired power station in the western United States. The plant and the nearby Kayenta coal mine that feeds it are on the Navajo Indian reservation, and the Navajo and Hopi peoples have had a conflicted relationship with coal since the plant opened in the 1970s. Almost all of the more than 900 jobs in the mine and factory are owned by Native Americans, and the tribes receive royalties to cover large parts of their budget.

Negotiations were underway to improve the tribes’ lease terms, which expire in 2019. But on Monday, the four utilities that own most of the plant voted to shut it down by the end of 2019. not compete with plants that burn natural gas. A press release from Salt River Project, which runs the plant, explains: “The decision of the utility owners of [Navajo Generating Station] is based on the rapidly changing economics of the power industry, which has seen natural gas prices drop to record lows and become a viable and long-term economic alternative to coal power.”

The U.S. Bureau of Reclamation owns part of the plant — and uses the power to run the Central Arizona Project, which carries water from the Colorado River all the way to Phoenix and Tucson — and it’s at least possible that the tribes could have a deal to run the plant under a different ownership arrangement. The Salt River Project press release included a statement from a Bureau of Reclamation official that “The Department of the Interior’s preferred path is to explore ways for the plant to operate economically after 2019.”

As Highland news notes that a plan was considered during the lease negotiations to close one of the plant’s three turbines and replace generation with renewable energy. But the economically vulnerable tribes will have a hard time immediately replacing the critical jobs and income associated with coal when the plant closes three years from now. The downside, of course, is that closing the plant (as well as the mine) would eliminate a significant amount of pollution and water usage.