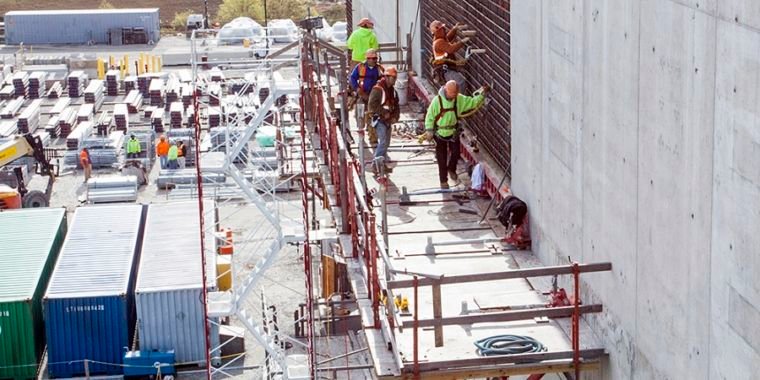 Last week, the US Department of Justice (DOJ) filed a complaint against a company called CB&I Areva MOX Services and its subcontractor, Wise Services, for allegedly billing the US government for supplies that were never delivered. According to the complaint, a Wise manager offered bribes, including football tickets, weapons, a YETI cooler and a television, to gain preferential treatment for a US government project to build a nuclear fuel reform facility. .

MOX Services was contracted by the United States National Nuclear Security Administration (NNSA) to build the Mixed Oxides Fuel Fabrication Facility (MFFF), which would have used weapons-grade plutonium as fuel for nuclear reactors in the United States.

After wasting more than $7.6 billion on the MFFF, the United States Department of Energy (DOE) canceled work on the South Carolina facility. Since then, the department has quietly removed plutonium from the area.

In the February DOJ complaint (PDF), the FBI accuse Wise and MOX Services of filing bills including nearly $6.3 million in fraudulent charges. Wise then made gifts to MOX Services employees to encourage them to turn a blind eye to the bad bills. While $6.3 million is a small amount compared to the $7.6 billion the US government ultimately lost on the project, the NNSA hopes to recover the lost funds from the two contractors through a jury trial.

Much of the complaint concerns Phillip Thompson, Wise’s Senior Site Representative for the project, who pleaded guilty to conspiracy to steal government money in 2017. Between 2008 and 2016, Thompson (acting on behalf of Wise) reportedly filed 484 claims with MOX. Services “that were knowingly false and fraudulent because the claims included charges for non-existent material,” the complaint says.

MOX Services, in turn, apparently turned around and submitted more than 200 receipts to the NNSA for reimbursement, knowing that Wise had faked the supplies. In addition, Wise “added a 3 percent fee to the cost for the non-existent materials,” according to the complaint.

According to the complaint, Wise has provided invoices from six supply companies, but these invoices contain non-existent materials. In the case of two companies, the invoices were “handwritten,” “excluding shipping costs,” and “were located within 50 miles of Wise’s home office in Dayton, Ohio,” rather than in South Carolina, where the facility is located. was located. is being built. According to the complaint, one supplier had an address at the top of the bill that could be traced back to a residential address in Ohio.

In addition, the FBI says that Thompson pretended to buy millions of dollars worth of equipment for the MFFF, then “pays himself back” from the Wise loose change account and sends an invoice to MOX Services. MOX, in turn, requested reimbursement from the federal government.

All the while, MOX Services employees knew about Thompson’s apparent hustle and bustle and looked the other way because of the $52,000 in gifts Thompson and Wise bought for them, according to the complaint. “These bribes included things of value such as cash, gift cards, YETI coolers, sunglasses, cell phones, NASCAR tickets, Masters Golf Tournament tickets, college football tickets, firearms and hunting supplies,” the indictment said.

The DOJ alleges that a MOX Services Subcontract technical representative was provided with a barbecue grill, car tires, gift cards, and a shotgun. In another case, a MOX Services Field Electrical Superintendent and Construction Manager “specifically gave the kickback he wanted from Wise,” in this case tickets to University of Alabama football games along with nights at a nearby hotel, according to the complaint. Thompson also allegedly hired the son of a MOX Services Subcontract Administrator “to receive favorable treatment” from the company.

Things seem to have gotten trickier for Wise when, in January 2015, one of the MOX Services employees who had received a bribe took a few days off for the Christmas break and reportedly came back and found his signature on invoices indicating that he agreed to be reimbursed by the NNSA. When the employee brought the matter up with his superiors, “Mr. Thompson admitted to forging and copying his signature,” the indictment said.