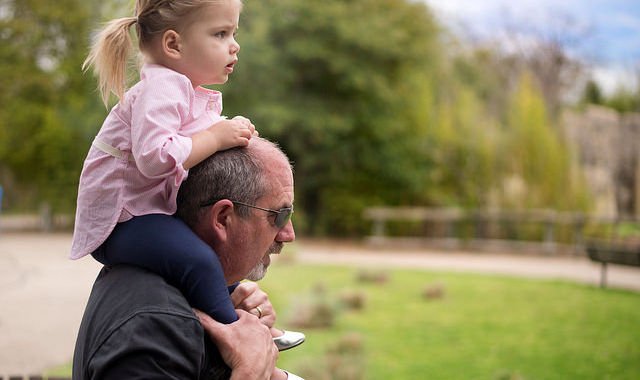 Like moms, American dads are getting older, according to a new study. Unfortunately, there is no data to suggest that their jokes are getting funnier.

Between 1972 and 2015, the median age of fathers in the US increased by 3.5 years, from 27.4 to 30.9 years. The percentage of fathers in their forties has more than doubled, from 4.1 to 8.9 percent. Similarly, fathers age 50 and older jumped from 0.5 to 0.9 percent. And the increase in graying pops occurred across races, education levels, and regions.

The study, led by Stanford researchers and published this week in Human reproduction, provides the most comprehensive look at paternal data to date, collecting paternal data from nearly 169 million birth records over the four decades. And the researcher’s finding of aging dads across the board is a mixed bag, they write.

As men age, sperm quality declines. Researchers estimate that the germline — the cellular lineage of sperm — picks up two mutations per year. Many studies have linked older fathers to an increased risk of “autism, psychiatric disorders, neurological disorders such as neurofibromatosis, childhood cancer and chromosomal abnormalities” in children.

That said, older dads seem to be better fathers than their younger counterparts, according to previous research. Fathers aged 35 to 44 are more likely to live with their children, suggesting they are there and more involved with their offspring. And having a father at birth leads to better child health and lower infant mortality.

Researchers attribute the jumps in parental age to women having greater access to the workforce and higher education, plus improved birth control and fertility treatments.

While every demographic assessed in the new study showed an upward trend in father age, the oldest fathers were Japanese, with an average of 36. White and black fathers were the youngest. The following also applies: the lower the level of education, the lower the average age of the father. Fathers with a college education had an average age of 33.3 years. Northeastern and Western regions had the highest mean paternal age.

The study has limitations, the authors note. To begin with, the data set was incomplete because some data points were missing for certain time periods and demographics. To make up for that, the researchers had to turn to modeling. But even when they entered the lowest age recorded in the data (11) to replace all the missing data, they still saw upward trends.

Our findings support the need for further research into the health and social implications of older fathers, as fathers’ ages are indeed rising in the US.