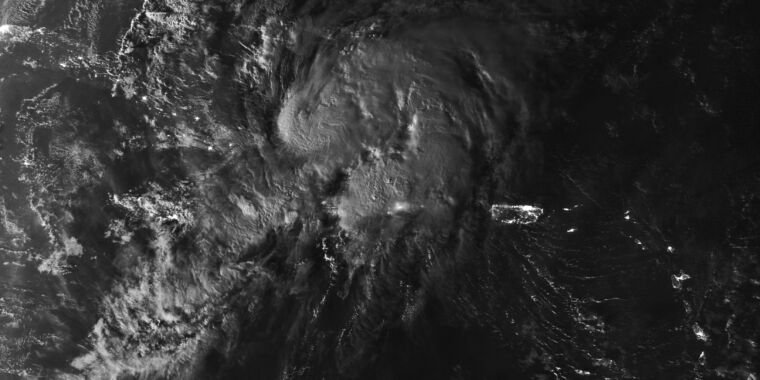 The Atlantic hurricane season has been quite active so far, with nine storms chewing through the alphabet already — two of them (Hanna and Isaias) reaching hurricane strength before making landfall. Unfortunately, this pattern is not expected to abate as the hurricane outlook has increased the likelihood that this highly active season will continue. NOAA even suggests we might consider names starting with Y before things settle down for the winter.

In May, NOAA’s forecast for hurricane season gave a 60 percent chance of above-average activity, with anything from 13 to 19 named storms, six to 10 hurricanes and three to six major Category 3 or higher hurricanes.

On Thursday, NOAA released an updated outlook with higher probabilities. “The season is now expected to be one of the most active in the historical record,” it notes. The outlook now calls for between 19 and 25 named storms and seven to 11 hurricanes, although the number of major hurricanes remains unchanged. Because the potential energy available to storms can produce one large storm or several smaller ones, the total is often calculated as “Accumulated Cyclone Energy” or ACE. An above-normal hurricane season affects 120 percent of the median ACE, while a clearing of 165 percent defines an extremely active season. The new outlook sees the 2020 season reaching somewhere between 140 and 230 percent of the median ACE.

A number of factors affect hurricane activity in the Atlantic, so there are several reasons for this activity outlook. First, seawater temperatures in the Atlantic are warm, which is a key ingredient for hurricanes: water vapor to fuel a storm. Wind patterns also continue to be conducive to both forming new storms and strengthening existing ones. That includes winds around the West African monsoon that help create the low-pressure systems that can trigger a tropical storm. It also includes weak wind shear, the contrast between low- and high-altitude wind speeds that can cause a tropical storm to roll over and lose its organization.

Finally, the outlook in the Pacific is beginning to lean towards La Niña conditions developing this fall. The Pacific Ocean has been in a neutral state for over a year between clear La Niña or El Niño, but the situation is leaning toward cooler waters in the eastern equatorial Pacific, propelling the resulting atmospheric patterns. La Niñas tend to encourage weak wind shear over the Atlantic hurricane region, favoring hurricane development, while El Niño conditions have the opposite effect.

A group at Colorado State University that also produces hurricane season forecasts updated in the same way its numbers up this week, as it had already done in June and July. The researchers’ central estimates now total about 24 named storms, 12 hurricanes and five major hurricanes. And with more activity, they notice an increased chance of hurricane landings.

But all these prospects are simply probabilistic statements about the condition for potential hurricanes, rather than forecasts of specific storms. Variable weather patterns will determine how storms actually develop and intensify, as well as the paths they follow. What is clear is that the ingredients are in place for many more dangerous storms this year, despite wishes for a break from a difficult year. That’s a good reminder to make sure you’re prepared if you live in hurricane country.