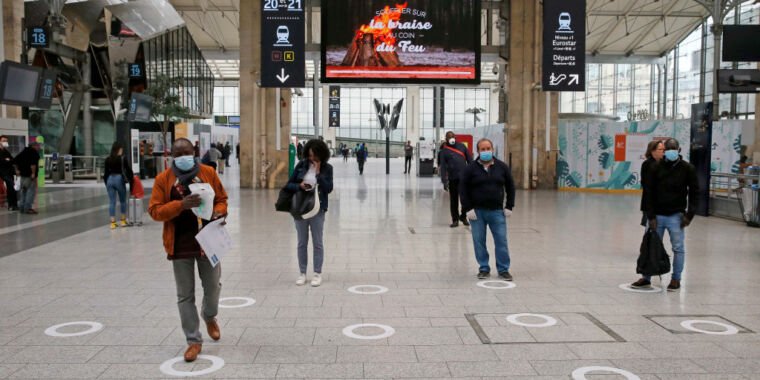 During the pandemic, Ars has done its best to keep you up to date with the most important news. But there are certainly gaps in our coverage: minor updates from stories we’ve covered, or news we’ve decided wasn’t worth the time to cover in detail. Focusing on the latest news also limits our ability to provide a bigger perspective. To make up for this, we’re going to try and run a series of Monday updates to keep you up to date.

On Friday, the World Health Organization extended its declaration of a global health emergency. SARS-CoV-2 is now being actively transmitted on every inhabited continent, and many new cases are emerging in developing countries in Africa and South America, which have more limited health care systems and much less testing capacity. So it’s hard to say how much the virus is spreading in these countries (to be honest, it’s hard to say how fast it’s spreading in many developed countries as well).

In Europe the picture is mixed. More than 10,000 new cases have been diagnosed in Russia in one day, a record for that country. Meanwhile, a number of countries that were hit very hard in the early days of the pandemic appear to have gotten new infections under control. France, Italy and Spain have now seen their daily death tolls drop to a number not seen since early March, allowing them to plan for the lifting of some restrictions on public life.

Last week we covered the announcement of a clinical trial that showed a drug called remdesivir shortens the recovery time of patients with COVID-19. On May 1, the U.S. Food and Drug Administration issued an Emergency Use Authorization for the drug. This allows hospitals to administer it to patients with confirmed or suspected cases of COVID-19. Cases should be considered serious and the drug will be administered intravenously. On that page, fact sheets for patients and health professionals are linked with information about dosage and side effects.

This doesn’t mean these drugs will do anything about SARS-CoV-2 or that they can even be used safely in COVID-19 patients, but it does help provide a rational rationale to expedite further screening.

For several weeks, the Trump administration had touted its ability to keep the number of deaths in the United States below the forecasts of some models, pushing the low number of possible fatalities to 60,000. Since that number was exceeded last week, President Trump used a virtual town hall on Sunday to acknowledge that things would be worse, but hopefully not much worse. Trump put his new estimate at between 75,000 and 100,000 total deaths. With many states showing a long plateau of cases, the bottom of that estimate already looks unrealistic.

To see where your state ranks on both government orders and case count, The New York Times has put together a tracker page.

Last week, lingering tension over Congress’ oversight of the government spilled over into the pandemic response for the first time. Congress had requested a testimony from Dr. Anthony Fauci, chief of the National Institute of Allergy and Infectious Diseases; the Trump administration has now refused to make him available for testimony. Fauci is a leading spokesperson for the administration’s response, and his accurate information and unobtrusive delivery have made him a trusted source and allowed him to correct Trump’s inaccuracies without apparent repercussions. The government says Fauci’s time would be better spent on the pandemic itself.