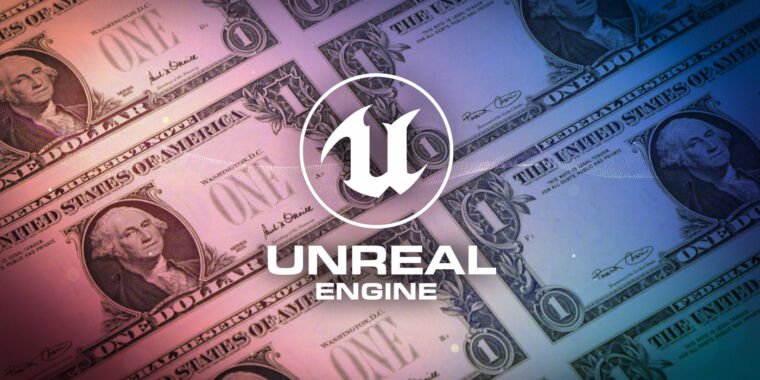 Since the emergence of Fortnite as a popular game and Unreal Engine 4 as a popular game creation toolkit, Epic Games, the studio behind both, has been eager to capitalize on this momentum. That included an aggressive effort to lock game makers into its ecosystem, and Tuesday saw Epic announce its most generous developer-specific offer yet: a massive increase in the “royalty-free” grace period.

As of today, any game or software maker that uses Unreal Engine for commercial purposes will not owe Epic Games a cent until a single piece of software exceeds a meeeeeellion dollar ($1,000,000) in gross income. This is in addition to the company’s existing policy of not charging users of Unreal Engine monthly fees, whether they use the software suite for commercial or educational purposes.

Previously, Epic offered a royalty-free grace period for the first $50,000 in revenue from a game or app, and from then on demanded payment of 5 percent of the software’s “global gross revenue,” including DLC, crowd-sourced fundraising related to the software and other related revenue streams. That 5 percent fee still applies, but now leaves gamemakers untouched until the $1 million threshold is reached.

Today’s news applies no matter where you launch an Unreal Engine-developed game: Steam, Epic Games Store, Humble, console storefronts, et al. And this doesn’t change an existing perk for games published at EGS: that Unreal Engine’s 5 percent fee will be waived in that case. As Ars’ Kyle Orland previously reported, the launch of an Unreal Engine game on EGS could bring in as much as 23 percent more revenue than on Steam, thanks to combined existing promotions. Today’s news means developers who sell games on Steam will keep slightly more revenue up to the $1 million threshold.

Therefore, the current royalty promotion may be aimed less at Windows/Mac developers and more at indie game teams looking to the next generation of expensive consoles. As we’ve now seen, Unreal Engine 5’s handsome new features, expected to launch in 2021, appear to target the processing benefits expected on systems like PlayStation 5 and Xbox Series X. (The existing Unreal Engine 4 toolset will also receive updates with new consoles in mind, as well as cross-platform APIs such as DirectX 12 Ultimate.)

Has your new Unreal Engine game or app already launched on January 1, 2020? Epic Games has good news for you: this $1 million grace period in revenue has been automatically extended to your product retroactively.

Speaking of January, Epic’s Wednesday news follows a decision by Unreal’s biggest rival for 3D engines, Unity, to increase the cost of its paid subscription tiers from the start of this year, though those subscriptions include a full exemption from required royalty payments. doesn’t matter how much gross revenue a game earns (except Unity’s vague “Enterprise” tier, whose prizes are determined on a case-by-case basis).

Today’s update is a reminder that Epic is still maintaining its cozy relationship with the Oculus Store, as all Oculus exclusive games or apps made with Unreal Engine still enjoy a $5 million royalty-free grace period. When this initiative was announced in 2016, Facebook confirmed it would pay the royalty bill up to the $5 million threshold, and it’s unclear if today’s news means Facebook owes Epic Games less money to big VR earners.