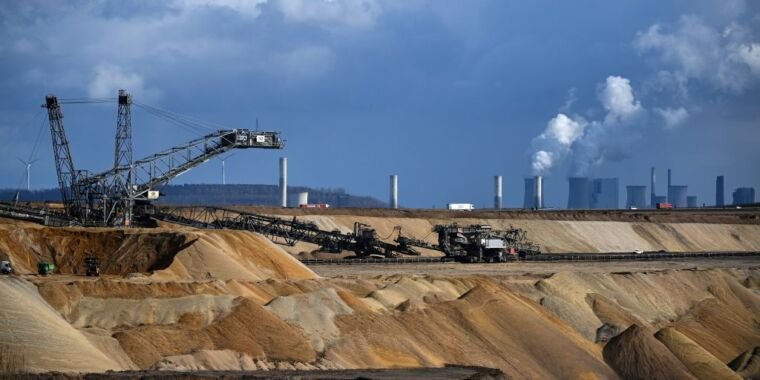 Arguments about our shift to renewable energy often focus on the crude economics of change — the cost of the energy itself and, in some cases, the cost of managing its intermittent operation. Those factors are often compared to the cost of producing electricity from fossil fuels, but the calculation ignores one of the main reasons why we switch to renewable energy sources, which is that they help us avoid environmental costs.

Burning fossil fuels poses a number of costs to society as a whole, including a growing set of costs associated with climate change. But there are other forms of environmental damage from mining and waste left behind from coal combustion, and particles and toxins in coal exhaust cause significant health damage. These factors are called ‘externalized costs’, or simply external costs, because they are costs of doing business that are not internalized in the costs of doing business that we take into account.

While people have been calculating the magnitude of these externalized costs, Yale’s Matthew Kotchen has now discovered what they mean for the companies in the fossil fuel market. And the results are significant, with the externalized costs in the US acting as a $62 billion subsidy each year. In fact, Kotchen notes that much of the coal industry could go bankrupt if it weren’t for this subsidy.

Calculating externalities is so well understood that the International Monetary Fund has published methods for making the calculations, which Kotchen used. As part of that process, he also obtained the quantities and prices of the fossil fuels used in the US, including gasoline, diesel, coal and natural gas. However, rather than stop with the pure costs, Kotchen used them to inform an economic model that calculates what level of tax would be needed to internalize costs in the energy markets. The model also contains information about the flexibility of supply and demand of different fuels and creates a counterfactual market to estimate energy prices.

Although this approach is substantially more complex than just estimating the subsidy, it is necessary to separate the impact on the two different parties involved in the energy market. One of these are, of course, the energy companies, which do not pay for their environmental damage. But consumers also benefit in the form of lower energy prices. The question is how much consumers benefit from this and how much is a subsidy to the fossil fuel industry.

Kotchen finds that there is a lot of money to be distributed, with total externality subsidy in the US exceeding $550 billion annually from 2010 to 2018. The total amount does not vary from year to year, but unsurprisingly, the purpose of those grants has shifted. That’s simply because pollution and health damage will increase proportionally to the amount of a particular fossil fuel we use. The subsidies have therefore followed the increase in natural gas and the simultaneous decrease in the use of coal.

For 2018, most of the subsidy went to gasoline, $200 billion, while diesel got another $120 billion, giving petroleum products a combined subsidy of more than $300 billion. Coal, despite its decline over the decade, still received $150 billion in subsidies, and natural gas was last, at $125 billion. That relatively low figure reflects the reduced environmental impact of natural gas, as we produced more than twice as much electricity from natural gas as from coal. Part of the reason why transportation fuels are so expensive is the impact of congestion costing people time and causing pollution without any benefit. The cost of vehicle accidents and road maintenance also occurred.

Those subsidies are for the use of fossil fuels in general. The other problem Kotchen addresses is how the subsidies are ultimately split between consumers, who pay less for their energy in exchange for these effects, and producers, who can get more out of their products without worrying that the higher prices will slow down demand. suppress. (Note that because the model takes into account the flexibility of supply and demand, it does not add up the total of benefits to consumers and producers to the total subsidy. The space is taken up by the taxes needed to account for the externalities in the economy. system.)

In terms of this subsidy, consumers typically get three to five times more than the power producers, but don’t forget that they also pay for it through things like medical bills. This is largely because the fuel supply is quite flexible and can change to meet changing consumer preferences. For the 2018 numbers, the major consumer gains were in gasoline and diesel, adding up to more than $200 billion in reduced costs. Coal and natural gas came together at about $30 billion.

The producers’ slice of the pie comes out at $71 billion in 2018 and an average of $62 billion over the study period. Gasoline made up the bulk of that, averaging $25 billion, with coal and natural gas varying with changing usage patterns. Here the breakdown was very different, with gasoline and diesel going for less than $50 billion, natural gas at about $20 billion, and coal at about $10 billion.

But the author went further by allocating the benefits to specific companies based on their stock in the US market. Here, many petroleum companies also benefited from natural gas, making their cutbacks even more significant. EQT Corporation, a major natural gas producer, made about $700 million in 2018, while Exxon got another $690 million. BP and Chevron were also in the top five, together for about a billion dollars. In all cases except Chevron’s case, most of their share of the subsidy came from their natural gas production.

Because petroleum products are part of an international market where prices are largely independent of source, Kotchen also looked at where the subsidies were going, based on total global oil production. Here, Exxon dropped to fifth, against about $900 million from the 2018 grant. It followed nationalized oil companies from Iran, Kuwait, Russia and Saudi Arabia, with the latter raking in more than $3 billion.

Coal is unusual as the shrinking market has seen companies consolidate. As a result, the two largest companies, Peabody Energy and Arch Coal, took home more (more than $2.5 billion) in 2018 than the next five companies combined. And since many coal companies are losing money, this subsidy made a big difference. Of the nine coal companies that were profitable in 2018, six profits were less than the subsidy they received. In other words, if the health and environmental costs of coal had not been externalized, 20 of the top 23 companies in the market would have lost money in 2018.

It’s easy to focus on the fact that consumers are getting the most benefits from the externalized health and environmental costs and think it’s not so bad – that the subsidies offset the costs. But it is very unlikely that this is true. Health and environmental impacts disproportionately affect those in the lower income brackets, while energy consumption tends to increase with income. Many of the consumers in this analysis are also other companies rather than people. So it’s unlikely to be a neat compensation.

Other than that, the analysis isn’t particularly shocking. Various estimates have put the externalities of fossil fuel use in the billions for the US, and this article doesn’t stand out in that regard. Apart from that, the distribution of benefits to different companies largely parallels the size of their sales, which is predictable.

But as the US moves into more and more different forms of carbon pricing, it may be valuable to understand where the impacts are in setting policies that don’t disproportionately affect low-income consumers.