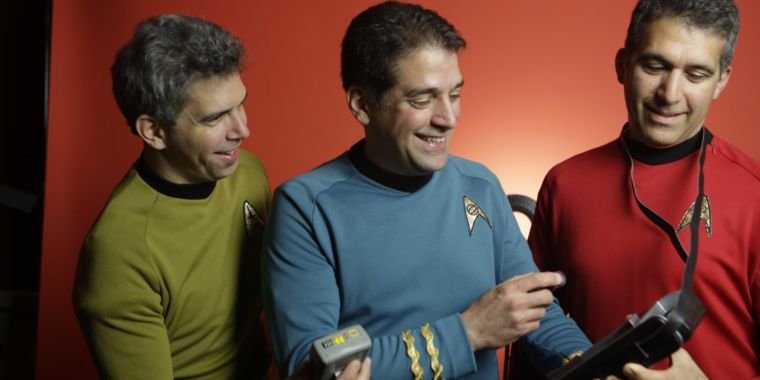 The search for the most promising automated diagnostic gadget, inspired by the fictional “tricorder” that Dr. McCoy used in Star Trek. A seven-person, self-funded team took first place in the international Qualcomm Tricorder XPRIZE competition and a $2.6 million prize.

The team’s prototype, called DxtER (pronounced Dexter), works with an iPad and is designed to guide a patient through self-diagnosis of 34 medical conditions. The Washington Post reports. The team beat 312 other teams, including some that received financial support from government and corporate sponsors.

The team was led by Dr. Basil Harris, a Pennsylvania emergency medicine physician who, along with friends and three of his siblings, founded Final Frontier Medical Devices to invent the device. They will now move their beta version into the next stages of development and possibly FDA testing.

Despite being based on the idea of ​​a tricorder – a nifty unit that magically scans a person and reveals medical information – DxtER is a little clunkier. It’s a shoebox-sized kit that contains individual diagnostic devices and sensors for patients to use.

The XPrize competition, which began in 2012, challenged entrants to come up with a kit that weighs five pounds or less that can continuously track health stats and diagnose 13 health conditions. Those conditions were: anemia, urinary tract infection, diabetes, atrial fibrillation, stroke, sleep apnea, tuberculosis, chronic obstructive pulmonary disease, pneumonia, otitis, leukocytosis, and hepatitis. Throughout the game, Harris and his team added to that list.

But the devices had to do something more than the fictional tricorder that Dr. McCoy seemed to give only medical information and statistics. These X Prize tricorders also had to be able to self-diagnose. This led Harris and his team to develop an iPad-based app that guides patients through questions; algorithms based on a bank of patient data then interpret the answers and diagnostic data.

Harris is hopeful that future fully developed versions will improve care, giving patients a way to self-monitor their health and provide needed diagnostics to underserved communities.

The second prize went to Dynamical Biomarkers Group, a team of 50 physicians, scientists and programmers led by Harvard physician CK Peng. The project was financially supported by mobile phone company HTC and the Taiwanese government. Their team received a $1 million prize.