Under great pressure, WHO skips summary report on origin of coronavirus | Techilink 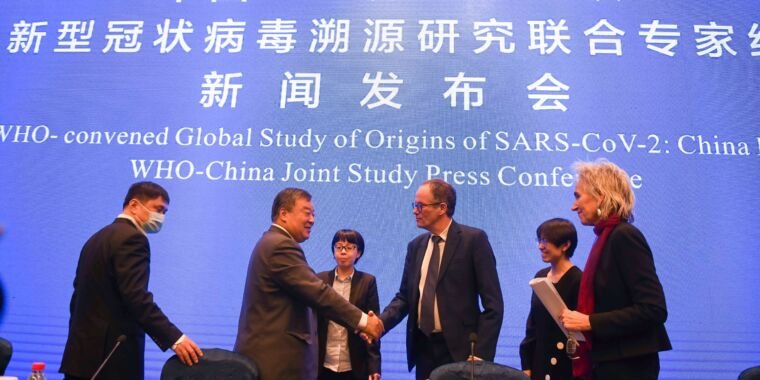 Under heavy international pressure and criticism, the World Health Organization has abandoned plans to release a summary report of its investigation into the possible origins of the pandemic coronavirus, SARS-CoV-2.

Instead, the United Nations health organization skips the summary report and plans to release a full report the week of March 15. The WHO had previously said it would release a summary report in mid-February.

“A summary report, by definition, doesn’t contain all the details,” Dr. Ben Embarek, a WHO expert who led the investigation, told The Wall Street Journal. “So since there [is] so much interest in this report, a summary alone would not satisfy the curiosity of the readers.”

At a news conference Friday, the executive director of the WHO’s emergency program, Mike Ryan, echoed the thinking and said skipping to the full report will facilitate discussion given the huge demand for the study’s findings.

The limited information released so far about the findings of the investigation has already drawn strong criticism and heightened tensions between the US and China.

The study was conducted between mid-January and early February by a team of international researchers and WHO experts in Wuhan, China, where the pandemic first mushroomed in December 2019. The WHO team underwent a 14-day quarantine on arrival, then spent about 12 days of fieldwork in the city.

They visited places such as the infamous Huanan Fish Market, where many of the first COVID-19 cases were linked, as well as the hospital where the first patients sought treatment. The team also took a trip to the Wuhan Institute of Virology, which has become the focus of rampant speculation that SARS-CoV-2 may have escaped from a lab — possibly after it was picked up in the course of research into coronaviruses in bats and/or purposely designed to infect humans. While virologists around the world have noted that this explanation is unlikely — a natural overflow event is believed to be the most likely origin — they note it’s impossible to rule it out without more information.

In a press conference from Wuhan on Feb. 9, the WHO team almost said they had indeed ruled it out. Embarek called the lab origin hypothesis “extremely unlikely” and suggested there was no need to elaborate on the idea. Instead, Embarek supported researchers’ earlier thinking, calling the natural spillover hypothesis the “most likely route” SARS-CoV-2 took to humans. Chinese scientists, meanwhile, raised the possibility that the virus was imported into the country via frozen cargo — an idea considered unsupported by data and improbable by international researchers.

When the WHO team members returned to their home countries, their conclusions seemed to soften. In a press conference, WHO Director General Dr. Tedros Adhanom Ghebreyesus Embarek’s previous comments on the laboratory origin hypothesis. “Some questions have arisen as to whether some of the hypotheses have been rejected,” Tedros said. “After speaking with some members of the team, I would like to confirm that all hypotheses remain open and require further analysis and studies. Some of that work may fall outside the remit and scope of this mission.”

Other scientists and experts criticized the research and comments, saying the team was not given the necessary free access to critical sites and data to reach conclusions. One of the team’s own members reinforced that criticism. In media interviews, WHO investigation team member Dominic Dwyer reported that Chinese officials withheld key raw data the team requested about the first-ever COVID-19 cases identified in Wuhan.

US officials have also expressed skepticism about the integrity of the WHO’s investigation. In a statement dated Feb. 13, National Security Adviser Jake Sullivan said: “We are deeply concerned about how the initial findings of the COVID-19 investigation have been communicated and questions about the process used to reach them. It is imperative that this report be independent, with expert findings free from intervention or modification by the Chinese government.”

Likewise, Foreign Secretary Antony Blinken said in an interview on PBS this week that “China has not been fully and effectively transparent, neither at the beginning of this crisis, when it mattered most, nor even today, as investigations are ongoing. to get to the bottom of what happened.”

In final comments at Friday’s press conference, Tedros responded to calls for transparency and said everything that happened during the team’s trip to Wuhan will be fully presented in the forthcoming report.