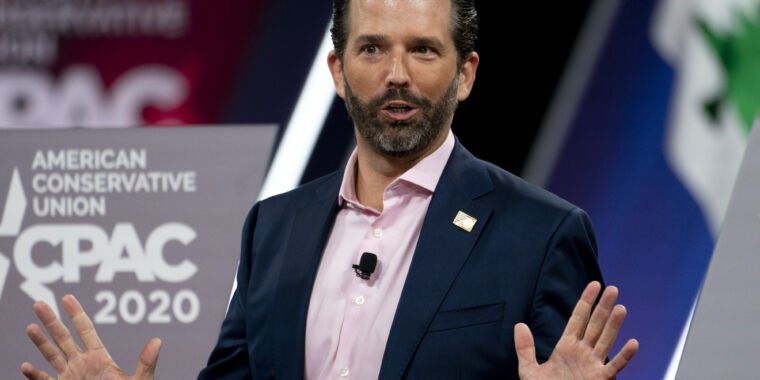 Twitter also deleted posts featuring the video retweeted by President Trump himself, though the president’s account was not suspended.

The Breitbart News video showed a press conference outside the US Capitol where several doctors promoted views contradicted by science, including that hydroxychloroquine could cure COVID-19 and that there was no need for people to wear masks.

On Monday, the Breitbart video went viral on major social media platforms, especially on Facebook, where it collected 14 million views in a few hours. Like Twitter, Facebook and YouTube also have policies against spreading misinformation about COVID. By Tuesday morning, all three platforms had banned the video. It remains available on Breitbart’s website.

“This virus has a cure”

“No one needs to get sick,” Immanuel said. “This virus has a cure. It’s called hydroxychloroquine, zinc and Zithromax. I know people want to talk about a mask. Hi. You don’t need a mask. There is a cure.”

Critics have questioned Immanuel’s scientific judgment. A Tuesday article from the Daily Beast reported on a sermon delivered by Immanuel (a minister and doctor) in 2013 claiming that women have “serious gynecological problems” that result from having sex with ghosts in their dreams.

While Immanuel claims to have successfully treated hundreds of COVID-19 patients with hydroxychloroquine, more systematic data casts doubt on the drug’s effectiveness as a COVID-19 cure. Beth Mole of Ars Technica wrote last month about “a large, randomized study in the UK conducted by researchers at the University of Oxford. On June 5, the study’s lead investigators announced that they were discontinuing use of hydroxychloroquine after reviewing early data.” The researchers found that hydroxychloroquine made no significant difference in the death rate, length of hospital stay, or other health outcomes.

At the same time, hydroxychloroquine has long been known to have significant side effects. We noted in April that side effects included “everything from headaches, vomiting, and rashes to vision loss (retinopathy), seizures, hypoglycemia, arrhythmias, and fatal heart damage.”

Hydroxychloroquine has become a political football

In March, Donald Trump began enthusiastically endorsing the drug, despite little evidence of its effectiveness. In May, he announced that he had started using the drug himself.

Trump’s approval contributed to rising demand for the drug, creating shortages for patients with conditions such as lupus and rheumatoid arthritis for which hydroxychloroquine has long been a standard treatment. Some government officials began restricting the drug to prioritize access for people with these conditions.

That, in turn, has fueled conspiracy theories that the medical establishment is deliberately suppressing access to the drug and evidence of its effectiveness against COVID-19.