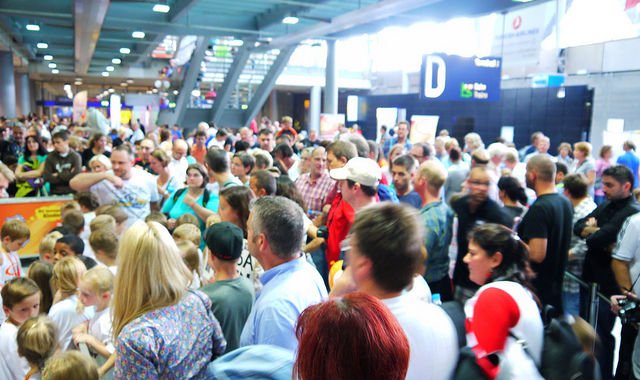 The reliability of the Transportation Security Administration’s program to root out terrorists based on their behavior among travelers is under scrutiny. Doubts about the program come directly from within the TSA, according to documents the ACLU obtained from the agency through the Freedom of Information Act.

The ACLU report (pdf) says the TSA’s own files were loaded with research questioning the behavior detection program. The program has cost taxpayers more than $1.5 billion over the past decade to deploy 3,000 law enforcement officers at 176 airports across the country.

“Academic research and other documents in the TSA’s own files confirm that behavior detection is unscientific and unreliable,” the ACLU said. “The TSA repeatedly exaggerated the scientific validity of behavior detection in communications with members of Congress and the Government Accountability Office.”

In response, the TSA championed the Screening Passengers by Observation Program, which aims to identify terrorists at airports by their actions and verbal clues.

“TSA’s behavioral detection approach is designed to identify and engage those potentially at high risk (for example, malicious intent) through an objective process using behavioral indicators and thresholds, then direct them to additional security investigations,” said TSA. in a statement, “It is part of TSA’s efforts to mitigate threats to the traveling public and is critical to TSA’s systems approach to deter, detect and disrupt individuals who pose a threat to aviation.”

The ACLU report, which highlights allegations that the program led to racial profiling, comes four years after the General Accountability Office found flaws in the agency’s studies that validated the program. At the time, a review of about 400 studies on the matter concluded that the odds of detecting deceptive behavior were about the same as flipping a coin.

According to that GAO report, uniformed or plainclothes investigators referred about 8,700 travelers at 49 airports to law enforcement in 2011 and 2012. That led to 365 arrests, most in connection with drug and immigration violations, but none for terrorism.