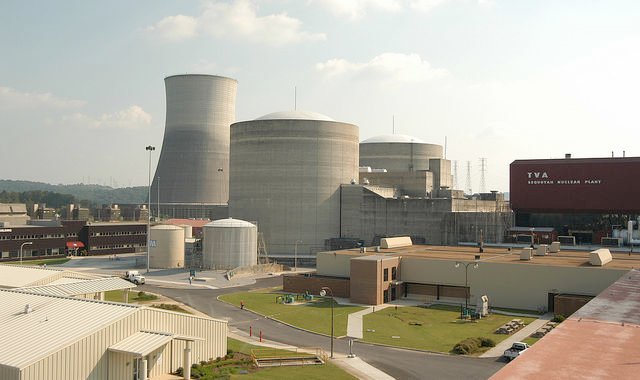 President Trump delivered a speech on energy in the US today, highlighting six policy issues that will guide his administration’s energy policy for now.

The initiatives Trump talked about today were a mishmash of new announcements and old policies, centered on nuclear power and fossil fuel exports. Despite his call for energy independence, Trump steered clear of renewable energy such as wind or solar in his speech. Trump has falsely claimed that climate change is a “hoax” and has appointed officials with close ties to the fossil fuel industry to top positions in the energy sector.

Bloomberg noted this morning that Trump would order a full policy review to identify where the US administration could roll back nuclear energy regulations. The nuclear power industry today faces significant hurdles; Nuclear energy is more expensive than cheaper natural gas, and the US has still not made a decision on where the waste from the plants goes. Trump’s statements today echoed comments made by Secretary of Energy Rick Perry earlier this week, who said he wanted the Department of Energy to “make nuclear power cool again.”

Trump specifically mentioned expanding Ukraine’s coal trade by making it easier to finance foreign coal plants (although the Washington Post wrote that the US has no ban on private financing of foreign coal plants. Instead, the Obama administration said in 2013 that it would oppose the use of multinational bank funds to invest in coal-fired power plants. Trump also said he would approve the construction of an oil pipeline to Mexico “that goes right under the wall licenses to export liquefied natural gas from Lake Charles, Louisiana, and support natural gas exports to South Korea. CNBC notes that “President Barack Obama paved the way for Trump by lifting a 40-year ban on U.S. crude exports and approving about two dozen liquefied natural gas export licenses.”

Finally, Trump pointed to efforts to reverse restrictions on offshore drilling. In April, the president instructed the Department of the Interior to come up with plans to reverse Obama-era rules that would prohibit new drilling in federal offshore areas.