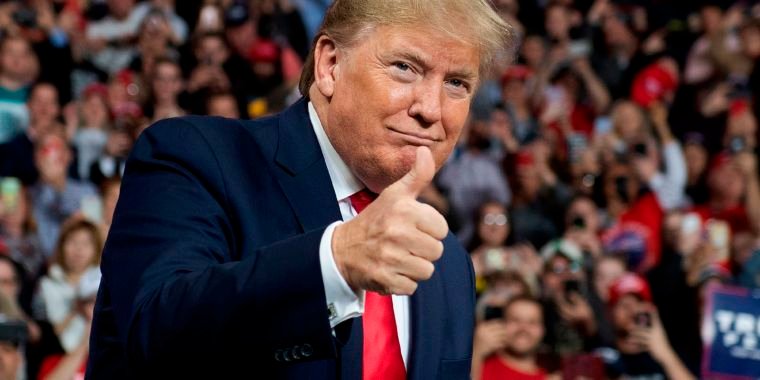 The CEO of the American Cancer Society has refuted President Trump’s claim that his administration has helped lower the cancer death rate in the country, which has been declining steadily since 1991 — 26 years before Trump took office.

Trump’s bold claim came after the American Cancer Society released its latest data on US cancer death rates in an annual report. The data, published on Wednesday, January 8, indicated that the overall cancer death rate continued its downward decline in 2017, falling 2.2 percent between 2016 and 2017. That is the largest single-year decline in cancer deaths. And overall, death rates dropped 29 percent between 1991 and 2017, leaving an estimated 2.9 million people dead from cancer during that period.

The next day, January 9, Trump posted a tweet that appeared to credit the decline, writing: “U.S. cancer death rate lowest in recorded history! There is a lot of good news coming out of this government.”

However, according to the CEO of the American Cancer Society, Gary M. Reedy, that connection is incorrect. Reedy told CNN there is no link between the decline in cancer deaths and any actions by the Trump administration.

“The mortality trends reflected in our current report, including the largest decline in total cancer deaths ever recorded from 2016 to 2017, reflect advances in prevention, early detection and treatment that have occurred in previous years,” said Reedy. in a written statement to CNN.

Reedy noted that budgets approved during the Trump administration have increased funding for cancer research at the National Institutes of Health (NIH) and the National Cancer Institute (NCI), but added that “the impact of those increases is not significant.” is reflected in the data in this report.”

Even if the Trump administration had planned to increase support for cancer research during his tenure, which began in 2017, the impact of that support would not have translated into life-saving treatments or other healthcare improvements in time to offset the reported declining numbers. to have enlarged. until the end of 2017.

In fact, according to the American Cancer Society, the 26-year decline in cancer death rates is caused by a decline in deaths from the four most common cancers: lung, colorectal, breast, and prostate. The decline in lung cancer deaths was the main cause of the record drop in 2016-2017. Deaths from melanoma skin cancer, however, saw the steepest declines.

“The accelerated decline in lung cancer and melanoma deaths that we are seeing is likely at least in part due to advances in cancer treatment over the past decade, such as immunotherapy,” said William G. Cance, MD, chief medical officer. and research associate of the American Cancer Society, in a statement.

The death rate from melanoma dropped 7 percent per year between 2013 and 2017, in part due to two new immunotherapies approved in 2011 by the Food and Drug Administration.