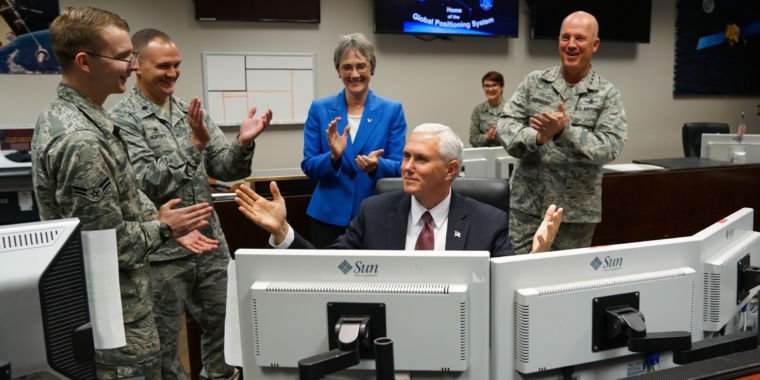 Later today, the White House is expected to announce that President Trump has signed an executive order to restore the National Space Council. This should finally kick off the Trump administration’s long-awaited formulation of a space policy that will encompass military, civilian and commercial interests. The new council, led by Vice President Mike Pence, has the potential to do a lot of good — or it could further muddy the waters of what is already a mess.

Space policy experts hope for the former. “I think bringing back the National Space Council could be an improvement, but it’s not guaranteed,” Brian Weeden, a technical advisor to the Secure World Foundation, told Ars. “A lot depends on what the Council will focus on and how it handles the other inter-agency processes,” he said. Weeden’s organization promotes sustainable and peaceful use of space.

The most important member of the board will be the chairman, Pence, who has shown a growing interest in space affairs. In early June, the vice president visited the Johnson Space Center in Houston to address NASA’s newest batch of astronaut candidates. And last week, Pence visited two major space command facilities in Colorado, Schriever Air Force Base and Cheyenne Mountain Air Force Station. Two sources have also told Ars he will be visiting NASA’s Kennedy Space Center in Florida next week.

President Kennedy established the tradition of a National Space Council and gave it meaning by installing Vice President Lyndon Johnson as chairman. During that time, the council handled mostly civilian space affairs, leaving military and cross-cutting issues to the National Security Council. After Kennedy, the council’s influence waned, before being resurrected in the 1980s by the Reagan and Bush administrations. Later under the leadership of Dan Quayle, it failed to implement Bush’s Space Exploration Initiative to send humans back to the moon and on to Mars. The Clinton administration rejected it.

But from the beginning of the Trump administration, Pence has signaled that the space council would return and have an important voice in the direction of America’s space activities. And indeed, it is an important moment for clarity in national space policy issues.

“There are several cross-cutting, high-level policy issues that need attention, and if the National Space Council focused on addressing those, I think it could do a lot of good,” Weeden said. “These are things like modernizing the commercial space oversight and licensing regime, launch policies, export controls, space traffic management, space debris mitigation and recovery, spectrum management, and how the government can better leverage commercial capabilities.”

The Space Council would also likely play a role in coordinating national goals in space, from the military’s desire to assert itself in low-Earth and higher orbits to establishing civilian policies that keep NASA at the forefront of exploration. to the inclusion of international partners. It seems likely that to achieve these goals, the council will focus NASA more on activities near and on the moon over the next decade or two rather than aggressively aiming for Mars.

However, Weeden cautioned that the council should be part of a coalition around these goals, rather than dictate them to the space community at large. Such an arrangement undermined the space council under Quayle, which sought to make major changes to NASA policy while the space agency resisted. “I think if the Space Council focuses its efforts on human spaceflight and tells NASA where to send people, I don’t think that’s going to be very productive,” Weeden said. “That is a very high-profile topic, and so it will attract a lot of media and public attention. It is also very politically charged.”

One of the big changes of the past decade has been the rise of commercial space companies. That includes SpaceX and Blue Origin in particular, but today there are dozens of other players in space launch, remote sensing and operations. These companies have in some cases provided government services at significantly lower costs than traditional aerospace contractors.

To some extent, both NASA and the military have expressed interest in these commercial opportunities. For example, NASA has turned to private suppliers, with fixed-price contracts, to bring supplies and eventually astronauts to the International Space Station. It has also opened up the station to companies looking to experiment with microgravity for commercial gain. The military has also started launching national security payloads on private rockets, praising the reusable launch technology being developed by SpaceX and Blue Origin.

But there are also tensions. Until now, NASA has been reluctant to embrace reusable rockets, preferring to continue with its large, costly and expendable Space Launch System. The agency spends more than $2 billion annually on development costs for the missile, with no clear idea of ​​how it will ultimately be used. At the same time, SpaceX, Blue Origin, and United Launch Alliance are all developing lower-cost, at least partially reusable rockets that could support nearly all of the nation’s needs if NASA focused its activities on and around the moon.

“I’m not inherently negative about a space board,” said Phil Larson, an assistant dean at the University of Colorado Boulder’s College of Engineering and Applied Science and an Obama White House space policy official. “The usefulness of the council depends largely on the policies it implements. If they develop national space policies that expand opportunities in the commercial sector and expand more flexible, entrepreneurial and innovative space capabilities into the national security realm, taxpayers will benefit and can our country are safer as a result.This council could further their goal of running the government more like a business.