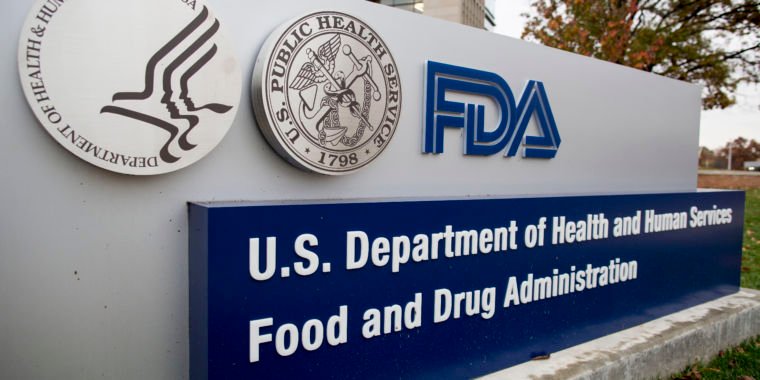 President Donald Trump said Wednesday he could reject the Food and Drug Administration’s plan to enact stricter safety and efficacy standards for COVID-19 vaccines, calling the plan a “political move.”

The new standards are intended to bolster public confidence in the FDA and its vaccine review process, which has been severely damaged by many reports of political interference and interference by the Trump administration. Those reports include claims that the FDA was pressured by the White House to allow COVID-19 patients to be treated with unproven blood plasma and the antimalarial drug hydroxychloroquine, which was personally touted by Trump. (The authorization of hydroxychloroquine was later revoked by the FDA.) Last week, Trump’s Secretary of Health and Human Services, Alex Azar, revoked the FDA’s authority to sign new regulations.

Trump himself has constantly undermined federal public health guidelines and government scientists, most notably Robert Redfield, his director of the Centers for Disease Control and Prevention. Trump has also repeatedly pushed for a pre-election release of a vaccine, although experts have, in turn, repeatedly pointed out that such a rapid release is nearly impossible based on the timeline of the clinical trials underway and the amount of data needed to make even preliminary evaluations of safety and efficacy.

As such, public confidence in the FDA’s vaccine review process has plummeted. The percentage of people who said they were willing to have a COVID-19 vaccine approved by the FDA fell from 72 in May to 51 this month, according to polls by the Pew Research Center.

To try and get those numbers back, the FDA planned to beef up the authorization process. Earlier this week, news broke that the agency was ready to introduce new, stringent standards for a COVID-19 vaccine in order to obtain an emergency use authorization, which is generally a faster, less rigid process than the obtaining full regulatory approval. The agency had already announced that a vaccine would need to be at least 50 percent effective to prevent COVID-19 in order to gain full approval.

While the new standards for an authorization have not yet been released, people familiar with them told The Washington Post that they would require vaccine developers to keep participants for a median of at least two months after their last dose of any vaccine (various from the vaccines). currently in late stage of studies needing two doses). The standards would also require vaccine developers to identify at least five cases of severe COVID-19 in trial participants who received a placebo rather than an experimental vaccine. The new standards also require the studies to identify cases in older participants who received a placebo.

With the additional requirements, two-month follow-up, and necessary data analysis and FDA paperwork, experts say it’s nearly impossible for a vaccine to get authorization before the election. Some of the earliest late-stage trials began in late July and it took weeks for only half of the required participants to be enrolled.

When asked about the FDA’s proposed standards during a news conference on Wednesday, Trump said he might reject them. “We’re looking at that and that has to be approved by the White House,” he said. “We may or may not approve it. That sounds like a political move.”

He said the new standards could delay the introduction of a vaccine and that they were not necessary because “I have tremendous confidence in this massive one” [pharmaceutical] companies” that develop the vaccines.

“If you’ve got Pfizer, Johnson & Johnson, Moderna, these great companies coming up with these — the vaccines,” Trump said, “and they’ve done testing and everything else, I say, ‘Why should they be, you know? , adding a lot of length to the process?’”

In a statement Thursday, the presidents of the National Academy of Sciences and the National Academy of Medicine said they were “alarmed” by the political ramifications amid the pandemic. “Our nation is at a critical juncture in the course of the COVID-19 pandemic with important decisions ahead of us, especially regarding vaccine efficacy and safety,” wrote the pair of science leaders. “We find continued reports and incidents of the politicization of science, especially the ignoring of evidence and advice from public health officials and ridicule from government scientists, alarming. It undermines the credibility of public health agencies and the public’s trust in them when we need it most… Any attempt to discredit the best science and scientists threatens the health and well-being of all of us .”