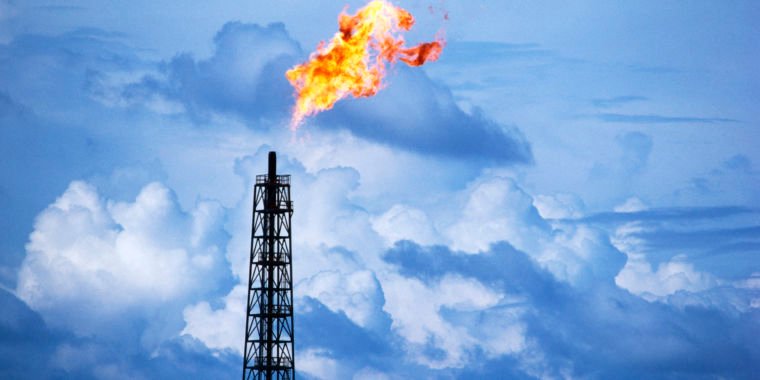 The Trump administration has been working to roll back the rules set by the Obama administration that would limit how much methane gas can be vented to the atmosphere in oil and gas drilling and processing operations. In a press release today, the Environmental Protection Agency (EPA) announced it is proposing to relax Obama-era rules, saving the industry $484 million in avoided energy costs.

But the EPA is expected to justify its rules with analysis. That analysis (PDF) suggests that this regulatory rollback will also come with costs in the form of 308,000 short tons of methane emitted between 2019 and 2025. In context, the Aliso Canyon gas leak three years ago represented the largest accidental release of methane in US history, and during the four months that workers struggled to plug that well, an estimated 107,000 short tons of methane was released.

That is a serious amount of methane with serious climate consequences in the short term. Methane is many times more powerful than CO2 as a greenhouse gas, although it decomposes more quickly in the atmosphere. Carbon dioxide lingers longer in the atmosphere, but every single molecule of CO2 has a less warming effect than a methane molecule.

The EPA’s own analysis also says an additional 100,000 short tons of volatile organic compounds and 3,800 short tons of hazardous air pollutants would be emitted, compared to enforcing existing rules.

Under Obama-era rules, oil and gas drilling companies and processors face requirements to monitor their methane emissions quarterly, looking for leaks that could quietly release pollutants into the air. Under the newly proposed rule, the EPA only wants oil and gas companies to look for leaks semi-annually or annually. A recent study suggested that methane leaks from oil and gas infrastructure are dramatically underestimated, almost (but not quite) to the point where from a climate perspective, burning natural gas is just as damaging to the environment as burning coal.

The EPA’s current proposed action (PDF) would not only reduce the frequency with which the oil and gas industry would have to monitor for methane leaks, it would also relax the requirements for companies to certify a professional engineer that met methane emissions regulations. met. In addition, the EPA factsheet suggests the agency is considering extending the time a company has to complete an initial emissions survey after a well is placed. Currently, the rules require a well operator to have 60 days to check for emissions. No precise extended period has been suggested. The EPA also suggested giving the oil and gas industry additional time to repair any gas leaks.

The Trump administration has faced several legal challenges related to these methane regulations. The EPA under former administrator Scott Pruitt simply didn’t try to enforce Obama-era rules as it prepared its analysis for more efficient regulatory rollbacks, but the agency was mandated in 2017 to enforce those rules by the U.S. Court of Appeal.

The EPA will hold a public hearing on the proposed rules in Denver, Colorado, at a date yet to be determined.