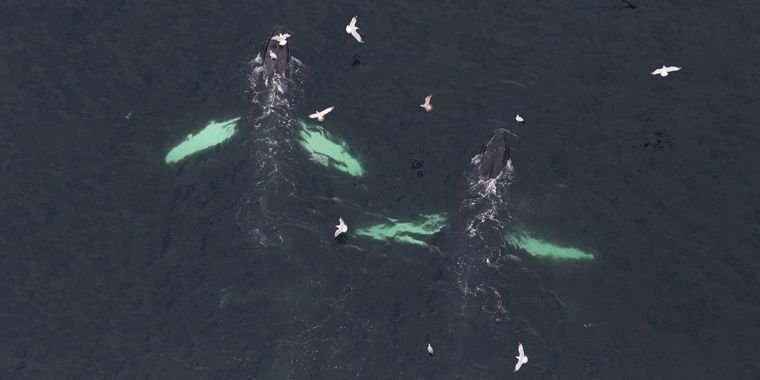 On Friday, the National Marine Fisheries Service (NMFS) approved a plan to make it legal for five companies to conduct seismic testing off the Atlantic coast, in an area stretching from Delaware to Florida.

The seismic testing is a first step toward leasing federal offshore waters to oil companies that may want to drill there. In January, the Trump administration opened up more than 90 percent of the federal offshore area to potential lease sales.

Individual states have largely resisted offshore drilling, fearing another Deepwater Horizon disaster could devastate their tourism economies. But because state waters end three miles offshore and federal waters aren’t subject to state rules, states have tried to negotiate with a mercurial federal government. Florida was granted a lease sale exemption from the Department of the Interior (at least until 2022, when a federal moratorium on drilling is lifted). But New Jersey doesn’t, and the state has sued the Department of the Interior to find out why.

These latest authorizations (PDF) do not allow offshore oil drilling, but they do allow seismic testing companies to map the ocean floor, providing information for offshore oil companies to begin exploratory testing. The seismic testing companies are allowed to “occasionally harass marine mammals”, defining harassment as “any act of pursuit, harassment or annoyance that … may injure marine mammals or “has the potential to harm a marine mammal or marine mammal in the wild by disrupting behavioral patterns.” including, but not limited to, migration, breathing, nursing, breeding, feeding, or shelter.”

All governors of states bordering the federal waters outlined in the map above are against offshore drilling for their state waters, according to the Washington Post. Just last week, the US Geological Survey released a study stating that fossil fuels from federal lands (including offshore oil drilling) contribute to nearly a quarter of US carbon emissions.

According to the After, a 2014 model forecast by the federal Bureau of Ocean Energy Management found that “nearly 2.5 million dolphins would be harassed or potentially killed each year by acoustic noise explosions in the mid-south Atlantic, and nearly half a million pilot whales would be affected.” The endangered North American whale is also a resident of the area.

Advances in offshore oil drilling reverse action by the Obama administration, which declared the Atlantic waters off-limits to oil exploration.