Trump administration organizes pushback against its own climate report | Techilink 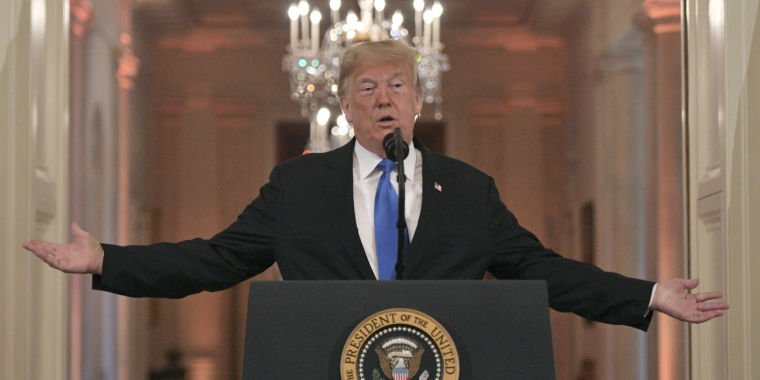 Late last week, as the country focused on antacids and shopping, the Trump administration released a report on climate change, prepared by its own scientific bodies. The hope was that the report and its expectations of a huge financial and human toll would be ignored and that the government could once again pretend it was completely justified to pursue policies such as withdrawing from the Paris climate accord and trying to reclaim coal. to breathe life into.

That didn’t quite work out. Coverage of the report’s dramatic conclusions about the pace and cost of climate change continued to make headlines throughout the weekend, and they were a major topic on Sunday talk shows. As the following week arrived, Trump and other officials were peppered with questions about the report.

But as the week progressed, the government stuck to a number of different strategies in an effort to deny the work of its own experts. And to further obscure the situation, the television news channels mishandled the situation, allowing themselves to be used as a source of misinformation in their efforts to cover the new report.

One of the defenses the government uses is something they’ve used before: Our air is clean, so CO2 emissions aren’t an issue. When asked about the report, Trump said, “Look at our air and our water, and it’s now on record clean.” That sentiment was echoed by his press secretary, Sarah Huckabee-Sanders: “The president certainly educates on what matters most in this process, and that is with clean air and clean water. In fact, the United States continues to be a leader in that area. front.”

This approach is bizarre on two levels. Carbon emissions are perfectly “clean” from a particulate or toxic chemical perspective, the things we’ve successfully regulated to lower levels, so this point is irrelevant to the climate report. And the Trump administration is trying to flip the regulations and promote the use of extremely dirty resources like coal, so the US is basically not leading in that area.

In the same press conference where the above quote came from, Huckabee-Sanders also sampled what has become the government’s go-to response to the report — that it was based on a worst-case model. “You have to look at the fact that this report is based on the most extreme modeling scenario,” Huckabee-Sanders said, “which contradicts long-established trends.” That idea was later echoed by Home Secretary Ryan Zinke, who said, “It seems they took worst-case scenarios and made predictions about them.”

It’s a line the EPA has adopted with gusto. Acting EPA director Andrew Wheeler first suggested it, saying, “I don’t know this for a fact — I wouldn’t be surprised if the Obama administration told the report’s authors to look at the worst-case scenario for this report.” A short time later, a site called the Daily Caller (best known for inaccuracies and fueling racial resentment) supposedly found the smoking gun: a memo from Obama science adviser John Holdren, suggesting which carbon emissions scenarios should be used. The EPA officially promoted this as evidence for Wheeler.

There is a small problem with all of this. Holdren is quoted as saying “focus on RCP 8.5 as a high-end scenario and RCP 4.5 as a low-end scenario,” making it clear that he wants to consider more than one scenario – not just the worst case scenario. And in fact, the recent report considers three different scenarios, including one where we’re going to take carbon dioxide out of the atmosphere before the century is over (all three scenarios were previously used in IPCC reports). This approach was confirmed by Katharine Hayhoea scientist who helped write this section.

However, in addition to misleading people, Trump administration officials also tried an additional tactic: pretending to know more than the experts. “One of the problems that a lot of people love: We have a very high level of intelligence, but we’re not necessarily such believers,” Trump said when asked about the science of the report. Soon he said, “Whether or not it’s man-made and whether the effects you’re talking about are there, I don’t see it.” For the record, Trump threw in a reference to the myth that the scientific community once expected to see another ice age. Huckabee Sanders joined him in the smarter-than-a-bunch-of-doctors-in-climatology game, saying the report’s “radical conclusions” were “not based on facts.”

Much of the coverage happened before this blackout campaign kicked into high gear, but that didn’t stop the networks from providing misinformation to their viewers. A common problem with reporting on politically controversial science is the so-called false balance, where a network will interview scientists with relevant expertise, but then give time to non-scientists who are paid to disagree. In this case, the networks avoided a false balance by not inviting each scientists on.

In perhaps the worst example, Danielle Pletka of the pro-business think tank American Enterprise Institute got a spot on NBC’s Meet the pressand she used it to promote a blatant lie. “We had two of the coldest years, the biggest drop in global temperature since the 1980s, the biggest in the last 100 years,” she told viewers. “We’re not talking about that.” Only the last part is correct, and we’re not talking about it because it’s completely made up. The past two years have been two of the warmest on record. But because NBC hadn’t invited anyone with the relevant expertise, the lie remained completely untouched.

While that’s bad, CNN did worse by turning to former politician Rick Santorum. He claimed that scientists promoted climate change because it helped them make money. This may be a common claim, but it is a stupid claim given that scientists are paid so little compared to their level of education and because their work on the report is unpaid. Santorum also said, “If it wasn’t for climate change, we’d have a lot of scientists looking for work.” This also makes no sense, because we wouldn’t even know that climate change is a problem if we hadn’t funded climate scientists sooner.

On the scientific side, Santorum falsely claimed that we don’t know what is causing the current climate change. CNN had no one skilled enough to tell him that wasn’t true.

CNN followed that up by inviting former Republican leader Tom DeLay, who spouted a barely coherent diatribe in which he said there are “sufficient scientists” who don’t blame people for global warming (which isn’t true due to the most definitions of “adequate”). He also accused scientists of doing it for the money, calling the report “nothing more than a repetition of age-old 10- to 20-year-old assumptions made by scientists who are paid to advance the politics of global warming.”

CNN eventually invited a scientist who was one of the report’s authors for an interview, but the news channel dropped the segment and got Rick Santorum back instead.

Overall, it was a poor performance from the news media — one that will only help facilitate the government’s disinformation campaign.