Tracking the spread of culture through folktales | Techilink 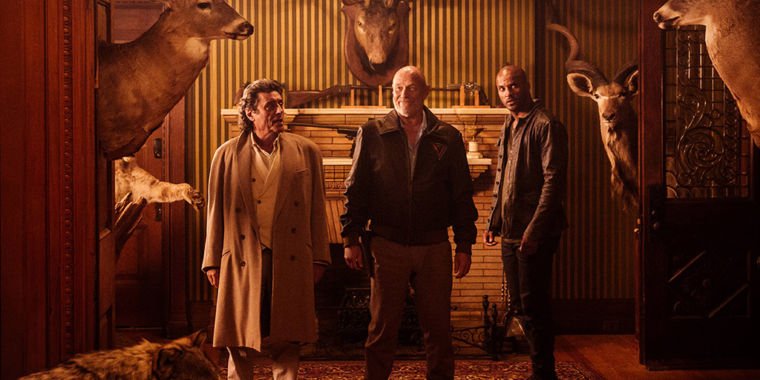 There’s a reason why the premise of American Gods is so enticing: the US is home to a wild and glorious mishmash of gods, folktales and cultural heritage. One by one, groups from all over the world picked up and landed on a new shore, bringing their stories with them.

The mere existence of certain stories can be revealing. They develop and mutate as they pass from one group to another, and the best stories are more easily passed on. Understanding the spread of folktales can help us understand cultural evolution more generally, and a paper in this week PNAS does just that by combining folktale data with genetic, geographic, and linguistic information.

Researchers who study cultural evolution use biological evolution as a starting point for their ideas, but also point out that there are clear and important differences between the two types of evolution. For example, the timescales are often very different – cultural units can be transferred between people of the same generation, while powerful ideas (such as religions) can spread incredibly quickly and easily. Much work in cultural evolution has been devoted to trying to understand the mechanisms underlying the spread of cultural ideas. How do people choose which ideas to adopt? And how does the spread of ideas relate to the spread of genes?

There are several ways in which folktales spread. One of them is the american gods-style model: people move and take their stories with them. But stories can also spread without migration, because they are spread among neighboring populations through ‘cultural diffusion’. For example, you’re more likely to know the deal with St. Patrick and the snakes if you grew up around Boston rather than Albuquerque.

That’s where the genomic data comes in. As stories spread through neighboring populations, you see a similar pattern in genes, stories, and geography: Places that are closer together have similar genes and similar stories; places further apart will be more different. But people don’t sit still. A migration model should show a different pattern: the genes and stories will be strongly linked, but not correlate as strongly with geographic distance.

Comparing the distribution of folk tales with geographic and genomic data can thus give us insight into the relative importance of migration in cultural distribution. That’s exactly what these researchers did: They compared the movement of 596 stories with the genetic data of 33 different populations in Eurasia.

The researchers found that geographic scale made a big difference to the spread of stories. At smaller distances – less than 4,000 km – people and stories showed patterns of migrating together. But at greater distances, the diffusion model was best at explaining the patterns in the data. In general, language barriers played an important role: the spread was often interrupted by language borders.

In ‘Thumbling’, one of the most popular stories in the group, ‘a couple wishes for a child and they supernaturally have a little boy. The boy is lost and goes on a series of adventures until he is reunited with his parents,” the authors write. It’s a story that clearly relates to Hans Christian Andersen’s story of “Thumbelina.” Along with about 15 other extremely popular stories, it is a particularly strong example of a story spread through migration rather than spread. Certain stories thus behave as ‘partially independent evolutionary units’.

The results suggest that combining genomic and cultural data may be a useful way to understand the spread of cultural ideas, but caution should be exercised when including geographic scale. Because the patterns look so different at different geographic distances, the authors say distance should be carefully considered when evaluating cultural dispersion. And on a cross-continental or global scale, they write, things get more than a little shaky: Genetic variability at the global level looks so different, and spans such vast historical scales, that it can’t necessarily provide meaningful data about more recent cultural processes. such as the transmission of folktales.

Such methods could be used in the future to uncover some of the mechanisms underlying cultural evolution: What causes some stories to spread like wildfire while others don’t travel that far? Does it have to do with who is telling the stories or how new the stories are? Or does it have something else to do with the content of the stories themselves? Psychology lab studies are one way to explore these ideas, but population-level studies like the one in PNAS provide an important way to test their ideas against cultural patterns in the real world.