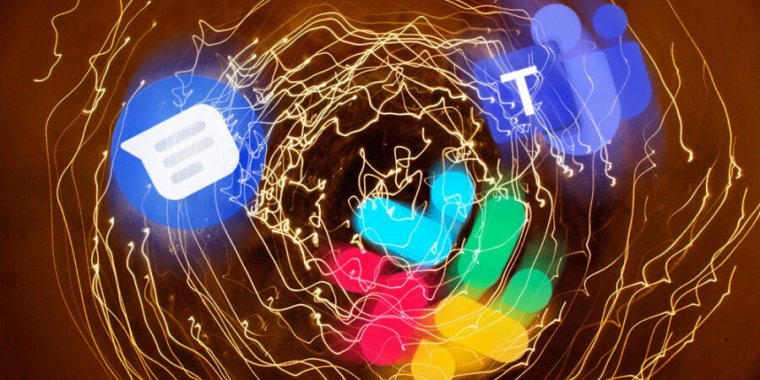 The future of work

When it comes to predicting the future of technology over the past 20 years, Ars has occasionally mixed slam-dunk predictions with some admittedly unequal guesses. So I’m lucky enough to start this article with a simple conclusion: in the next five years, more offices and businesses around the world will increase their reliance on work-from-home systems.

In other news: the water is wet and bears relieve themselves in the forest. In our connected world, computers are probably a common tool in almost every workplace – they’re probably more of a given than they have to be in a certain place. As long as you log in, get your work done, and communicate with coworkers, your computer can be on Mars for all your boss worries.

But how Will more companies take the leap to the remote workplace, and what trends will follow? That’s a harder prediction to make, but I’ve been asked to pop my head out of my Tech Culture Editor cave to provide some answers based on my knowledge as an Ars staffer for six years – and as a “remote” employee for even longer than that. How long? My first job, in 1996, revolved around working from home as a newspaper columnist (at my mother’s house, to be precise, since I was still in high school).

Since then, the tools and processes surrounding remote workplaces have progressed at a breakneck pace. And as more companies envision taking the plunge into a remote workplace, nearly as many companies seem to have arrived to make money. That’s why I’m here to synthesize the current state of WFH workplaces and track the next five years of changes in the field.

Before we begin, this is a macro-level look at the future of Internet-connected workplaces, as opposed to a thorough examination of the technologies that will connect them. You will see a lot more about the potential end user experience than the backend systems they are likely to rely on. But I welcome the perspective of our usual readers as sysops engineers on what’s to come in our comments below.

One app to rule them all? The battle for communication in the workplace

At press time, a plethora of computer and smartphone apps are vying for dominance in the remote workplace. Last week my colleague Lee Hutchinson gave a few examples of what Ars Technica uses to get its remote staffers to work in unison, and you may have noticed it’s a patchwork quilt.

Email here; limp there; dedicated VoIP there; Google Sheets over there; and a pinch of Zoom.US video conferencing in no time. It sounds like quite the magic trick, but in these days of the Wild West where outside labor is in the minority, that’s arguably a smarter way to work. Should one of these protocols ultimately fail our needs, then ideally we can swap out a single piece rather than swapping our entire suite of apps in the workplace. (That’s exactly what happened when we switched from IRC to Slack in the mid-1910s.)

That said, a unified suite of apps and communication protocols for remote offices is probably the most attractive option for any workforce with a significant homework quota (as well as a less tech-savvy one, too). This is exactly where Google’s product-killing spree could benefit Microsoft. Google’s suite of connected office apps functions quite well, but the company doesn’t really have a prearranged chat app, and it’s hard to overestimate the usefulness of a casual, water-cooler-esque chat app for letting colleagues alternate between serious conversations. and tire – construction gibberish. That’s why the immediate success of Microsoft Teams is a critical part of Office 365’s future as a one-stop shop for businesses that want a complete suite for communications, collaboration, calendaring, file sharing, and more.

In particular, access to calendars is a pillar of team-based collaboration. Meetings, deadlines, vacations, happy hours: A productive workforce is nothing without ways to communicate, share and agree on schedules for every conceivable workplace scenario. Without regular personal reminders about events and schedules, the ability to link those dates and times to your chats and emails binds the sinewy fabric that is a forgetful, busy workforce. (In my personal experience, managing the Ars Technica “culture” calendar of movies, TV shows, festivals, and more has suffered a lot from not connecting more centrally with the entire Ars Technica staff.)

Microsoft’s transition to the Office 365 world wasn’t perfect, but it currently benefits from full connectivity across all components (not just the calendar, although that’s certainly a critical component). Assuming another major player doesn’t enter the market with an all-in-one app suite, especially with a great video conferencing component, this is Microsoft’s battle to lose. (Apple, ever? Maybe?)

When you think of Slack, the number two player in the workplace chat software today, it’s hard to imagine a five-year period flying by without at least one PR nightmare based on data retention. Slack’s free tier deletes all messages for users after a two-week period… but Slack keeps that entire message history on its own servers, which will easily unlock it for workplaces if they upgrade to a paid tier. Slack could very well get through the next five years without a major data breach, or without a problematic subpoena for its data, but you won’t find anyone at Ars Technica putting money aside. That optimistic guess. Around that time, you’ll probably see more companies hesitant to hand over their chat logs to Slack’s overlords.

Conversely, the current field of “host your own messaging” chat apps, including Mattermost and Rocket.Chat, may struggle to gain a foothold in awareness and installations. That could pose a chicken-and-egg problem for apps that arguably offer a more secure data retention posture by default. How can they achieve profitability and scalability if public opinion continues to tilt toward “let’s use Slack because we heard about it”? And how can companies trust that those smaller apps are maintained with tough security practices if they have slow installation speeds? Hosting your own chat servers only goes so far as that installation has its own unpatched vulnerabilities, from DDoS sensitivity to data breaches.

Whatever set of apps your team uses, a centralized chat app is likely to result in thorough internal communication logging. Depending on your work environment, that could be a potential civil liability nightmare. Some sensible workplace practices are barely gaining traction in various sectors in the e-mail, such as standard “confidential” tags for sensitive content, regular deletion of email archives, or banning the use of email for certain topics. The casual nature of a chat app, where dozens of colleagues could treat it like a water cooler, could exacerbate this problem.

What happens when a medical provider’s remote workstation reveals a single patient’s confidential data as part of a funny chat channel? What happens when embargoed information about a major merger or acquisition of a company is derisively shared among peers in the financial industry and the results border on an SEC violation? More important than either, what happens when obvious human resource violations occur and employees are confronted with the intent of words and emoji?

As more companies embrace the convenience and convenience of work-from-home app suites, they are grappling with the very human craziness that comes when people use their digital workplaces to communicate in casual and potentially ill-mannered ways. Any company with serious plans to strengthen its remote workforce should probably prioritize the involvement of its HR department, perhaps even more than its IT team.