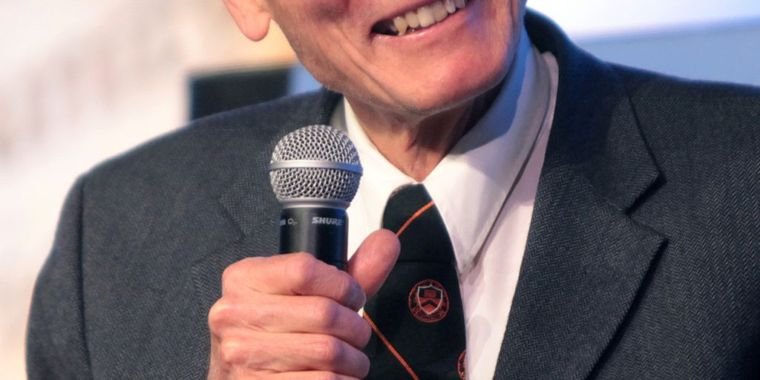 In January, Trump’s transition team arranged for two scientists to meet with Trump. Since then, both have been considered frontrunners to become the new presidential science adviser, a position typically heading the Office of Science and Technology Policy. Although the two – Princeton’s William Happer and Yale’s David Gelernter – come from radically different backgrounds, they have a few things in common: strong support for science in general and extreme skepticism of climate science in particular.

There is no indication that Trump will appoint a science adviser in the foreseeable future, especially as his national security team is in turmoil. But Happer, a retired physicist, has made himself in the news by allowing interviews in which he calls climate science a cult. So it seems like a good time to take a closer look at both candidates.

Happer’s greatest research achievement was developing technology that provided Earth-based telescopes with adaptive optics that allowed them to compensate for the distortions caused by the atmosphere. He also has a long history of involvement in government, where he served on a panel of physicists advising the US on military issues and serving in the Department of Energy.

In recent years he has made climate change his main cause, taking a position that contrasts sharply with the conclusions of those who actually study climate. He has held positions at anti-climate action think tanks such as the Global Warming Policy Foundation and the George C. Marshall Institute, and is a regular at the meetings of the Heartland Institute. In an exposé, Greenpeace found that he was willing to write material on the benefits of carbon dioxide for foreign fossil fuel companies in exchange for donations to a climate lobbying group he co-leads, the CO2 Coalition (he’s also taken money from a coal mine). company for testimony to state legislators).

All this seems to make Happer a potential disaster as a science consultant. But the interviews make it clear that overall he will be a big supporter. On the one hand, he clearly sees the value of long-term investments in science. “In the case of fusion, it doesn’t even work – not yet,” he told Pro Publica. “Nobody is going to fund that kind of thing in the private sector. It’s very long-term research, and if the government isn’t willing to do it, nobody will.”

In fact, he is even in favor of long-term climate monitoring. “One of our problems on climate is you need long-term good science, for example, long-term temperature records, long-term CO2 records, and it’s very difficult for the government to support that sort of thing,” he said in the same conversation. But he went on to argue that the monitoring networks should be protected from governments’ tendency to pump money into flashier projects.

But when it comes to the conclusions scientists drew from that monitoring, Happer maintained his unrelenting opposition. He suggested that we could double the amount of CO22 in the atmosphere and not seeing the temperature drop much and that the planet’s history supports this conclusion (it doesn’t). He continued to say that heat and carbon dioxide would give agriculture a big boost (field studies suggest otherwise): “I see the CO2 as good, you know,” he said. “Let me be clear: I don’t think it’s a problem at all, I think it’s a good thing.”

And he punctuated those claims with a combination of conspiracy theories and trolling. We only hear about negative effects, he told Pro Publica, because “[alarmists] hijacked all the great scientific societies.” The scientist was told funding would be cut for anyone who had an opposite result: “If you came up with your computer modelling, with results indicating that raising CO2 really doesn’t have much effect on the climate, you wouldn’t be extended. It is very clear that you would not be renewed.” Speak with The protectorHapper repeated tabloid-worthy suggestions that scientists were manipulating climate data.

“They were messing with the temperature records every [warming] break away,” he said.

And then there’s the trolling. Happer called climate science a “cult”. The scientist‘s interview, but he was just warming up. At his next interview, he was ready to elaborate. “There’s a whole area of ​​so-called climate science that’s actually more like a cult,” Happer told the Guardian. ‘It’s like Hare Krishna or something. They have glassy eyes and they sing. It will possibly damage the image of all science.”

So while Happer’s support for long-term investment in science is commendable, it’s also clear that he’s willing to selectively reject certain conclusions for ostensibly non-scientific reasons. When those disagreements happen, he likes to resort to personal insults rather than keeping the dispute intellectual. As such, he seems a questionable candidate to represent the entire scientific community.

If Happer has a long history of involvement in science policy, David Gelernter’s record in science affairs is more sparse. But his history in the public eye is just as long. Gelernter was one of the victims of the Unabomber (Ted Kaczynski), who was badly injured in a bomb attack during Kaczynski’s anti-intellectual campaign. Oddly enough, Gelernter later wrote a book that was also anti-intellectual, with the subtitle How Imperial Academia Dismantled Our Culture. The Washington Post said that in the book, Gelernter “blamed intellectualism for the breakup of patriotism and traditional family values”. He also blamed the presence of Jews in higher education.

(Notably, Gelernter is Jewish and holds a faculty position at Yale.)

The book also highlights a problem Gelernter shares with Happer: climate change. In it, he repeats a common accusation: that scientists only started using the term “climate change” when science stopped supporting their claims. “[Obama] believes that man-made climate change is a fact, and he made crushing new tax proposals based on this rock-solid belief, oblivious to the mounting scientific doubts that have forced eco-fundamentalists to stop talking about ‘global warming’ and about to switch to ‘climate change’. however, a cursory check would show that the two have been used interchangeably for decades.

In an interview with The scientist, Gelernter took a closer look at climate science. He warned that he had only a layman’s understanding of it, and he went on to make arguments consistent with that assessment. Climate change is unlikely, he argued, because the Earth is very big and humanity is not. He also seemed unaware that the idea of ​​climate change goes back more than a century, saying, “The idea that humans are changing the climate is a radical hypothesis.” As far as he is concerned, the evidence for climate change is simply not there.

But again, his problem is not with science in general. In government, he would probably be a big supporter of research, saying, “I’d like to see more federal funding for science. I don’t think there’s ever been a dollar spent where it’s gotten more out of it than the dollars it’s given to research.” He is also aware of the importance of the international community of scientists. “It’s common knowledge that without both immigrants and foreigners in the system, we can’t keep the scientific world together in the United States,” he said in response to a question about Trump’s border policy. “We need these people. I don’t think there’s the slightest doubt that we’re going to keep getting them.”

So while a computer scientist is not engaged in “research” as a biologist or physicist would understand it, it is clear that Gelernter values ​​the scientific effort as a whole. And he has indicated that he is willing to do the work to rise above the understanding of climate change that his laymen understand, should he be placed in a position that requires it, something that seems to set him apart from Happer. But he also seems to share Happer’s willingness to use some flamboyant rhetoric when it comes to his intellectual opponents, which might make it difficult for him to represent the scientific community as a whole.