To maintain their weight, Biggest Loser contestants have to train hard | Techilink 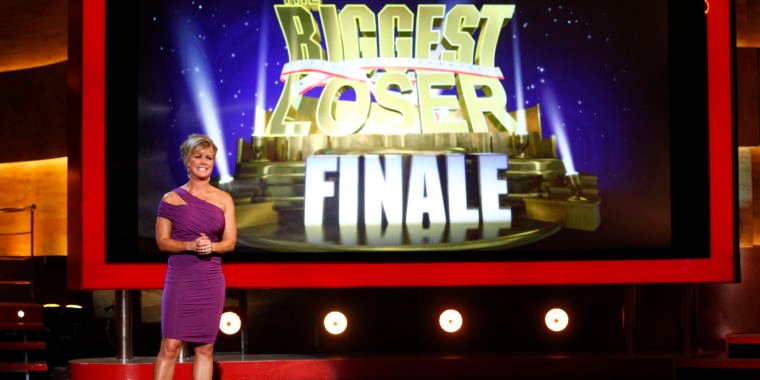 Changing your diet can help you lose pounds. But to keep that lost bulge at bay, ambitious dieters may need to turn to exercise —a lot of exercise – according to a study of 14 former participants of The biggest loser.

On average, the participants who kept their weight down for six years after the televised competition did so by doing more than three times as much as recommended by the Centers for Disease Control and Prevention. That is, they burned about 12 kilocalories per kilogram of their weight per day. That comes out to one daily a total of more than 80 minutes of moderate exercise, such as brisk walking, or 35 minutes of vigorous exercise, such as jogging, and weekly a total of 560 minutes of moderate exercise or 245 minutes of vigorous exercise.

Currently, the CDC recommends that adults get 150 minutes of moderate exercise or 75 minutes of vigorous exercise per week.

The findings, published Tuesday in the journal obesity, should be interpreted with caution. It was a study of just 14 people, and they undertook a unique and extreme diet and exercise intervention in a reality show. Still, the authors point out, the data mirrors the results of other larger studies showing that exercise is key to weight maintenance. It also ties in with previous work Biggest loser contestants who showed their metabolism became sluggish after dropping pounds dramatically on the show.

Last year, the same authors found that the participants’ resting metabolic rate decreased during the show and was still low six years later. Based on their individual weight, they burned an average of about 500 fewer calories per day than would be expected for people of their height. Such a decrease in metabolic rate helps explain why super-sized exercise is necessary to maintain weight.

“Long-term weight loss requires a vigilant struggle against sustained metabolic adaptation that works to proportionally counteract ongoing efforts to reduce body weight,” the authors concluded at the time, led by Kevin Hall of the National Institutes of Health.

They calculated how much energy the participants burned using the double labeled water method. For this, participants drank water with two isotopes: 2H2 18O. This labeled water equilibrates with the body’s total water and the two isotopes are released differentially. The hydrogen is passed out in the urine and the oxygen can remain in the urine or in the breath as carbon dioxide. Measurements of the isotopes in spot urine tests allow researchers to calculate how much carbon dioxide a person produces, which indicates their metabolic rate. From there, the researchers can calculate how many kilocalories they burn per day. And by subtracting resting metabolic measurements, they can also estimate how many kilocalories they burned through physical activity.

Next, the researchers divided the 14 participants into two groups: the “maintainers” and the “reclaimers.” At the start, the participants’ average weight was 150 kg (329 lbs), which dropped to 92 kg (202 lbs) at the 30-week mark. But six years later, it had bounced back to about 132 kg (290 lbs), with plenty of variation and an average weight loss of just 13 percent. For the administrator group, the researchers selected the seven participants above that median. On average, they weighed 25 percent less than when they entered the competition. The remaining seven were the regainers, who were on average one percent heavier than at the start of the competition.

Overall, the researchers found that those who ramped up their training the most between the start of the competition and the six-year mark gained the least weight after the competition. But boosts in exercise did not seem to have a clear correlation with weight loss at the six-week and 30-week time points.

On the other hand, the calorie intake—diet—helped shed pounds but didn’t seem to keep them off. Reducing calories was linked to weight loss overall over the six years — and directly linked to weight loss at the six-week and 30-week time points. But when the researchers looked at the change in calorie intake from baseline to the six-year mark, there was no correlation with the amount of weight regained in the post-game period. That is, some who cut the fewest calories by the end still maintain their weight loss, while others who cut a lot of calories still gained tens of pounds.

Together, the findings suggest that cutting calories was critical to the initial weight loss, but that exercise kept the weight off during the six-year follow-up. Several other studies have come to the same conclusion. For example, a 2014 study of weight loss maintenance in more than 5,000 adults over eight years found that the most successful participants were significantly more physically active than those who gained weight.

Our results support previous recommendations that large and sustained increases in [physical activity] may be necessary for long-term maintenance of lost weight.