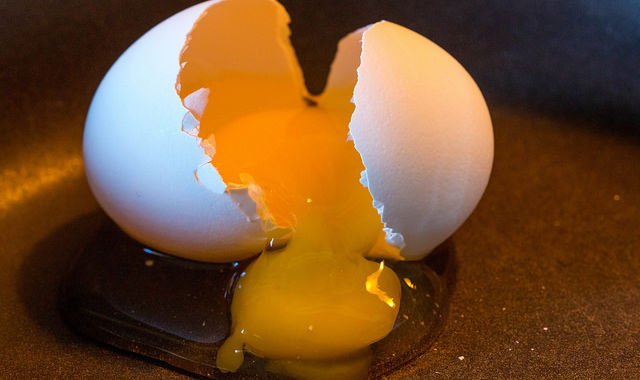 As the trend of keeping herds in backyards has skyrocketed in recent years, so have deadly infections, the Associated Press reports.

Since 2015, the number Salmonella infections from contact with backyard poultry have quadrupled nationwide. This year, nearly every state has been plagued with outbreak strains; only Alaska and Delaware can crow about dodging it. The Centers for Disease Control and Prevention has confirmed 1,120 cases. Nearly 250 of those involved were hospitalized and one person died.

But that’s probably just the tip of the iceberg of the real numbers, according to CDC veterinarian Megin Nichols. “For a Salmonella case we know of an outbreak, there are up to 30 others that we don’t know about,” she told the AP.

Salmonella is an invader of the gastrointestinal tract and a common foodborne illness. Infected people may develop diarrhea, cramps and fever. Young children, the elderly, or people with weakened immune systems can develop more serious illnesses, including blood and organ infections.

Chickens and other poultry can carry Salmonella in their intestines without symptoms and quietly shed the germs in the stool. The bacteria can stick to their feathers and be kicked to dust around a coop.

This is well known to seasoned farmers, and proper treatment and precautions can prevent infestation and disease, the CDC says. Anyone raising or handling live poultry should make sure to wash their hands afterwards, to begin with. Other measures, such as leaving shoes worn in or near a coop outside and not hugging chickens, also work to protect poultry farmers.

Backyard poultry can pick up Salmonella at any time, but many come from hatcheries that are already infected. The United States Department of Agriculture encourages hatcheries to test Salmonella, but testing is not required and is voluntary. The AP reports that many of the consumer birds come from just about 20 feed and farm equipment retailers. And they pull young chickens from about six major hatcheries across the country.

Consumers can try to get their birds from a hatchery that tests for Salmonella. But Nichols advises flock owners to always assume the birds are infected and care for them responsibly. “We consider this a preventable public health problem and really hope that we start to see some change,” she said.